What would it take to limit climate change to 1.5°C?

A new study analyzes the required climate policy actions and targets in order to limit future global temperature rise to less than 1.5°C by 2100. This level is supported by more than 100 countries worldwide, including those most vulnerable to climate change, as a safer goal than the currently agreed international aim of 2°C. 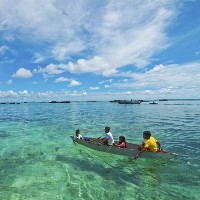 Limiting temperature rise by 2100 to less than 1.5°C is feasible, at least from a purely technological standpoint, according to the study published in the journal Nature Climate Change by researchers at the International Institute for Applied Systems Analysis (IIASA), the Potsdam Institute for Climate Impact Research (PIK), and others. The new study examines scenarios for the energy, economy, and environment that are consistent with limiting climate change to 1.5°C above pre-industrial levels, and compares them to scenarios for limiting climate change to 2°C.

“Actions for returning global warming to below 1.5°C by 2100 are in many ways similar to those limiting warming to below 2°C,” says IIASA researcher Joeri Rogelj, one of the lead authors of the study. “However, the more ambitious 1.5°C goal leaves no space to further delay global mitigation action and emission reductions need to scale up swiftly in the next decades.”

The authors note, however, that the economic, political, and technological requirements to meet even the 2°C target are substantial. In the run-up to climate negotiations in December 2015, such information is important for policymakers considering long-term goals and steps to achieve these goals.

Key elements: accelerated energy efficiency gains and CO2 removal
The study identifies key elements that would need to be in place in order to reach the 1.5°C target by 2100. One fundamental feature is the tight constraint on future carbon emissions.

“In 1.5°C scenarios, the remaining carbon budget for the 21st century is reduced to almost half compared to 2°C scenarios,” explains PIK researcher Gunnar Luderer, who co-led the study. “As a consequence, deeper emissions cuts are required from all sectors, and global carbon neutrality would need to be reached 10-20 years earlier than projected for 2°C scenarios.”

What do you mean by "scenario?"

Scenarios, like the ones described in this study, are not predictions or forecast, but rather, stories about potential ways that the future might develop, with specific quantitative elements and details about how sectors such as the economy, climate, and energy sector interact. By looking at scenarios, researchers look for insight into the paths and circumstances that might lead us to specific objectives.

Faster improvements in energy efficiency also emerge as a key enabling factor for the 1.5°C target. In addition, all the scenarios show that at some point in this century, carbon emissions would have to become negative at a global scale. That means that significant amounts of CO2 would need to be actively removed from the atmosphere. This could occur through technological solutions such as bioenergy use combined with carbon capture and storage—a technology that remains untested on a large scale, increases the pressure on food supply systems and in some cases lacks social acceptance—or through efforts to grow more forests, sequestering carbon in tree trunks and branches. Afforestation, however, just like bioenergy plantations, would have to be carefully balanced against other land  use requirements, most notably food production.

Overshooting the limit—and declining to 2100
In contrast to many scenarios examined in recent research, which set 2°C as the absolute limit and do not allow temperature to overshoot the target, the current set of scenarios looks at a long term goal, and what would need to happen to get temperature back down to that level by 2100.

“Basically all our 1.5°C scenarios first exceed the 1.5°C temperature threshold somewhere in mid-century,” explains Rogelj, “before declining to 2100 and beyond as more and more carbon dioxide is actively removed from the atmosphere by specialized technologies”.

The recent IPCC fifth assessment report did not describe in detail the critical needs for how to limit warming to below 1.5°C as the scenarios available to them did not allow for an in-depth analysis. Yet over 100 countries worldwide—over half of the countries in the United Nations Framework Convention on Climate Change (UNFCCC), including the Alliance of Small Island States (AOSIS) and the Least-Developed Countries (LDCs)—have declared their support for a 1.5°C target on climate change. The target itself is also up for debate at the upcoming climate negotiations. This new study fills this gap.

The authors make clear that an increase of international efforts to curb greenhouse gases is imperative to keep the 1.5°C target achievable.

“The 1.5°C target leaves very little leeway,” says Luderer. “Any imperfections – be  it a further delay of meaningful policy action, or a failure to achieve negative emissions at large scale – will make the 1.5°C target unattainable during this century.”

This is a joint press release from the International Institute for Applied Systems Analysis (IIASA) and the Potsdam Institute for Climate Impacts Research (PIK).

For biofuels and climate, location matters