Declining greenhouse gas emissions from European cropland could compensate for up to 7% of annual agricultural emissions from the region, according to a new study analyzing the carbon uptake potential of soil. However at global scale, indirect effects could offset significant parts of these emission savings. 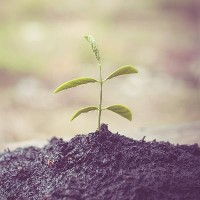 A new study published in the journal Global Environmental Change projects that carbon sequestration in European cropland could store between 9 and 38 megatons of CO2 (MtCO2) per year in the soil, or as much as 7% of the annual greenhouse gas emissions from agriculture in the European Union, at a price of carbon of 100 $/tCO2.

“However, if strict emission reduction targets are only adopted inside Europe, efforts within the EU to reduce emissions could lead to increased emissions in other parts of the world, which could significantly compromise emission reductions at global level” says IIASA researcher Stefan Frank, who led the study.

In order to reach the EU goals on climate change, mitigation measures will be needed across many sectors. This research focuses on the agriculture piece of that puzzle. The world’s soils contain the third largest stock of carbon, after oceans and the geological pool, which includes rocks and fossil fuels. Any disturbance of soils, for example through inappropriate management or land use change could therefore release significant amounts of carbon to the atmosphere. Good management practices, on the other hand, can significantly reduce emissions.

The study shows that a carbon tax only within Europe could cause some part of European agricultural production to be reallocated outside Europe. Consequently, emissions outside Europe would increase, thereby partly offsetting the emission reductions inside Europe, a problem known as emissions leakage.

“In the context of the upcoming climate summit in Paris which will aim to achieve a legally binding and universal agreement on climate, this study provides a piece in the mosaic of information the negotiators need to achieve a feasible but still effective deal in line with other development objectives,” says IIASA researcher Petr Havlik, who leads the GLOBIOM modeling team.

This study is a collaborative effort between IIASA, BOKU and the University of Hamburg. In particular BOKU researcher Erwin Schmid provided detailed information about carbon sequestration potential in EU cropland by means of the Environmental Policy Integrated Model (EPIC), which is used to understand crop management systems and their effects on the environment. IIASA in collaboration with University of Hamburg (Uwe Schneider) then implemented this information into the Global Biosphere Management Model (GLOBIOM), which is used to assess impacts on land use, trade, and emissions on regional and global scales and carried out the economic assessment.

Starting from a baseline scenario for future population and economic growth, the researchers then examined different scenarios in which the carbon price was varied inside Europe thereby mimicking emission reduction targets for the agricultural sector. Given the remaining uncertainties, the small mitigation potential at carbon prices below 100 $/tCO2 and the potential leakage effects, the researchers conclude that carbon sequestration on European cropland will probably not contribute significantly to climate change mitigation and should therefore be accompanied by additional mitigation efforts. As the latest IPCC AR5 report points out, a substantial decrease in greenhouse gas emissions by mid-century would be needed to keep the 2 degree target within reach.

The solutions underfoot - The power of soil: 2 November 2015 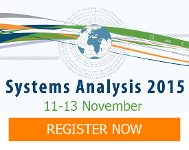