IIASA modeling results provide the backbone for a new proposal by the European Commission on reducing greenhouse gas emissions. 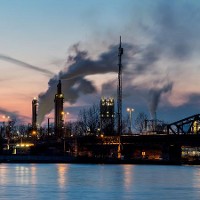 In November 2015 at the Paris climate talks, the EU committed to reduce emissions by at least 40% by 2030. The next question was, how would this effort be divided between the individual countries? To help inform this issue, IIASA researchers conducted analyses of emissions and mitigation potentials which form the basis of a new report published in July by the European Commission.

The proposed Effort Sharing Regulation  is intended to guide Europe’s shift to low-carbon emissions in all sectors of the economy. The proposal includes binding greenhouse gas emission targets for member states from 2021-2030 for the transport, building, agriculture, waste, and land use and forestry sectors, and was based on results of the IIASA GAINS and GLOBIOM models.

Estimating future emissions
Researchers in the IIASA  Air Quality and Greenhouse Gases Program estimated mitigation potentials and costs of non-carbon dioxide (non-CO2) greenhouse gas emissions for each EU member state individually. Non-CO2 greenhouse gases account for about 20% of total greenhouse gas emissions in the EU. Current policies, which address waste, fluorinated gases, and air conditioning systems, are expected to reduce these emissions by 30% in 2030 compared to 2005. Using IIASA’s GAINS model, the researchers showed that at a carbon price of €40 per ton of CO2, further measures could reduce non-CO2 emissions by an additional 10%. A higher carbon price would lead to emission cuts of almost 50%.

This work complements the EU energy trend projections that have been used for assessing the reduction of CO2 emissions following the Commission’s targets. Between 2010 and 2030, an economic growth of 75% is accompanied by 15% decreased energy consumption. The GAINS model also has been used to understand the impacts of this drastic change patterns on air quality. More information is available in the report: EU Reference Scenario 2016 (PDF) and the EUCLIMIT Project Web page.

Ensuring fair and cost-efficient achievement of emission reduction targets
Researchers in IIASA’s Ecosystems Services and Management Program also contributed research to inform the proposed ESR. They estimated greenhouse gas emissions and mitigation potentials from the land use, land-use change, and forestry (LULUCF) sector using IIASA’s GLOBIOM and Global Forest Models. The EU’s land-use sector, which captured around 7% of annual net emissions in 2010, is projected to remain an important carbon sink until 2030, with significant potential to sequester additional CO2 in soil and biomass.

Until now, the LULUCF sector was not included in the ESR. Upon request of the European Council, the European Commission assessed potential options to integrate the LULUCF sector in the 2030 mitigation framework. In collaboration with researchers at the University of Bonn using another agricultural model, IIASA researchers used the GLOBIOM model to to include different options for LULUCF emission credits under the ESR. They assessed the potential implications for agricultural and forest markets, employment, and quantify the cost-efficient contribution of the agriculture and the LULUCF sector to emission reduction targets. Based on IIASA modelling results, the European Commission proposed allowing up to 280 MtCO2 of LULUCF credits (from afforestation, cropland- and grassland management) to be used by member states under the ESR in the period 2021-2030 to achieve their mitigation targets. This should provide additional incentives for mitigation in the LULUCF sector.

More information is available in the LULUCF Impact Assessment