Lisbon to Vladivostok: How could deeper economic integration work?

Deep economic cooperation between the EU, the Eurasian Economic Union, and their neighbors in the long term was the focus of the pilot phase of an IIASA project that concluded with a final workshop this week. The event brought together an international group of economists, modelers, and other experts. 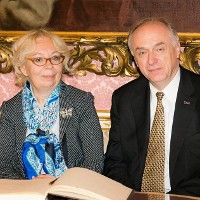 Currently, relations between the EU and Russia are not at their best and the idea of a common economic space “from Lisbon to Vladivostok” has been put back into the drawer. At this point, even raising the question of a potential agreement spanning the EU and the new Eurasian Economic Union (EAEU), would seem to be a non-starter. However, if political conditions do improve an agenda will be needed. Such an agreement, or set of agreements, would be extremely complex, not just to implement, but to design.

The IIASA project “Challenges and Opportunities of Economic Integration within a Wider European and Eurasian Space” is currently only initiative where the necessary research and discussions between East and West can happen. Over the past three years, in a series of seven workshops, the pilot phase of the project brought together officials and experts from the EU and EAEU, as well as from other countries, to discuss, analyze, and critically evaluate the diverse issues of regional cooperation and integration within the Eurasian continent. The result was a constructive dialogue about every aspect of the “Lisbon to Vladivostok concept.”

“Economic integration can mean different things to different people, that is why we do not seek to present a single model of how things must work, instead we discuss the options, and how they might work,” said Péter Balás, former deputy director general of the European Commission’s Directorate General for Trade and current IIASA researcher. “In particular, we need to build strong institutional relationships between the European Commission and the Eurasian Economic Commission.” 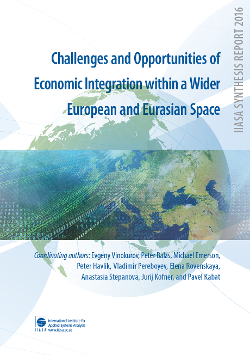 Any research on this topic must go beyond estimating short-term, direct trade effects and extend to long-term, indirect effects, the project participants concluded. Especially those related to “non-tariff barriers”—such as sanitary or veterinary regulations and customs administration. These can have significant economic impacts and implications.

Many dimensions need to be considered, ranging from trade in goods and services to the free movement of capital and people, including the facilitating visas and residence permits, the development of trans-border transport infrastructure, revised regulations for intellectual property rights, government procurement, and policies for state-owned companies. Due to the sheer scope of related issues, the discussion on any potential agreement, or set of agreements, could be referred to as a “mega deal.”

“Despite the complexity, a common economic space for the EU and the EAEU can be very beneficial for all,” said Tatyana Valovaya, member of the Eurasian Economic Commission Board and minister in charge of integration and macroeconomics. “In addition, China is already working on the Silk Road Economic Belt initiative, and is now conducting talks with the Eurasian Economic Union about a non-preferential trade and economic cooperation agreement that would be a huge step towards a wider pan-Eurasian economic partnership. Surely it is better that we discuss all the possibilities of a possible agreement with the EU already—so we know what kind cooperation in Greater Eurasia we really want?”

Labor market and migration across the Eurasian continent

Development of Transport and Infrastructure in Eurasia

Futures of Energy in Eurasia in the Global<br /> Context