For China, synthetic natural gas represents a trade-off between reducing air pollution, but increasing greenhouse gas emissions, according to new IIASA research conducted  in collaboration with scientists in China and the USA. 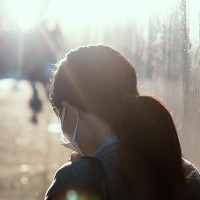 Severe air pollution has plagued China's industrial regions in recent decades, a situation that has received worldwide attention thanks to photos of Beijing and other smog-blanketed Chinese cities.

More than just an eyesore, China's smog has created a public health crisis that has led the Chinese government to declare a war on air pollution.  In addition, as part of the Paris climate agreements, China has committed to peaking its CO2 emissions by 2030 or sooner.  One alternative to direct coal combustion that is under consideration is synthetic natural gas, a fuel derived from coal that is relatively free of conventional air pollutants but the production of which increases emissions of carbon dioxide, relative to direct coal combustion.

For China, synthetic natural gas represents a trade-off. Using synthetic natural gas (SNG) instead of coal could improve air quality and public health by reducing illness and premature mortalities due to air pollution. But it would also markedly increase CO2 emissions because creating synthetic natural gas from coal produces more CO2 than burning the coal directly as fuel. Now, given China’s plans to produce SNG, a new study led by researchers at Princeton University recommends a way for China to maximize improvements in air quality while minimizing the additional CO2 emitted from the production and use of SNG.

The study, published April 24 in the Proceedings of the National Academy of Sciences, examined the impact of switching from coal to synthetic natural gas in three broad areas: electricity production, industry, and residential use. The researchers found that switching to synthetic natural gas in industry and electricity production would have little impact on smog-related deaths and cause a major increase in CO2 emissions. However, switching from coal to synthetic natural gas for residential uses, such as heating and cooking, would substantially reduce deaths due to air pollution and increase emissions of  CO2 much less.  The smaller environmental impact of using SNG in the residential sector results because residential coal combustion in small stoves is inherently inefficient and has uncontrolled emissions of air pollutants.  Coal combustion in the power and industrial sectors is more efficient and pollution control devices reduce emissions of health damaging air pollutants making the benefits of switching to SNG much smaller.

IIASA researcher Fabian Wagner, a coauthor on the paper, said that despite the climate impacts, China is serious about expanding the production of synthetic natural gas from coal.   "No scenario is perfect, but from a health and a climate perspective, it's best to use the gas that is produced directly in households for cooking and heating, not in factories or for generating electricity," he said.

Denise Mauzerall, the study's senior author and a professor of civil and environmental engineering and public and international affairs at Princeton, said that reducing the public health impact of air pollution is clearly an important goal for the Chinese government. But she said, "There are other ways to clean up the air that do not increase CO2 production.” In the long run, increasing renewable generation of electricity, and electrifying more of the economy, brings the largest co-benefits for air and water quality, public health and climate of all possible alternatives."

One benefit of synthetic natural gas is that toxic sulfur and nitrogen compounds are removed from the coal as part of the SNG production process.   Compared to coal-fired electric plants, this difference is relatively minor because modern coal plants remove much of these pollutants. But when synthetic natural gas is used in the residential sector it produces far less pollution than the use of coal.

Air pollution contributes to cardiovascular disease, lung cancer and emphysema, among other illnesses. In China, air pollution causes about 1.6 million people to die prematurely each year, according to the results of a recent study by researchers in the United States, Canada, China and India. This accounts for more than a quarter of the people killed by air pollution worldwide each year.

Driven by this public health emergency, and by a desire to rely on its large supplies of coal, China has plans to substantially expand its production of synthetic natural gas. Around 40 synthetic natural gas plants have been approved or are under construction in China.

To explore the impact of expanded synthetic natural gas use, the Princeton researchers and their colleagues developed a sophisticated modeling approach to estimate both health outcomes and carbon emissions under various synthetic-natural-gas-use scenarios.

"We wanted to determine whether the Chinese government might have options for optimizing deployment of synthetic natural gas to minimize the climate penalty while maximizing the health benefits of reduced air pollution," said Yue Qin, a doctoral candidate at Princeton and first author on the paper. Qin was a participant in the 2016 IIASA Young Scientists Summer Program.

The authors concluded that deploying synthetic natural gas in the residential sector would substantially improve air quality and reduce premature deaths associated with outdoor air pollution with the smallest increase in carbon dioxide emissions compared with the power and industrial sectors.  However, they also conclude that in no case can SNG simultaneously meet the desire to improve air quality while reducing carbon emissions.

Other authors on the paper were Noah Scovronick and Junnan Yang of Princeton; Wei Peng of Harvard University; Kirk R. Smith of the University of California- Berkeley; and Tong Zhu of Peking University. The research was supported in part by National Natural Science Foundation Committee of China.