Significant emission reductions are required if we are to achieve one of the key goals of the Paris Agreement, and limit the increase in global average temperatures to 1.5°C, a new study warns. 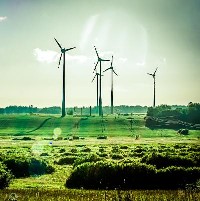 Researchers from the United Kingdom and IIASA have investigated the geophysical likelihood of limiting global warming to “well below 2°C above pre-industrial levels and pursuing efforts to limit the temperature increase to 1.5°C.”

Published today in the journal Nature Geoscience, the paper concludes that limiting the increase in global average temperatures above pre-industrial levels to 1.5°C, the goal of the Paris Agreement on Climate Change, is not yet geophysically impossible, but likely requires more ambitious emission reductions than those pledged so far.

Three approaches were used to evaluate the outstanding ‘carbon budget’ (the total amount of CO2 emissions compatible with a given global average warming) for 1.5°C; re-assessing the evidence provided by complex Earth System Models, new experiments with an intermediate-complexity model and evaluating the implications of current ranges of uncertainty in climate system properties using a simple model. In all cases the level of emissions and warming to date were taken into account.

IIASA energy researcher Joeri Rogelj contributed estimates of carbon budgets based on Earth system model data to this analysis, one of the various lines of evidence for carbon budgets explored in this new study. He says, “These updated carbon budgets revive the objective of keeping maximum warming to 1.5°C back from being a geophysical and socioeconomic implausibility to it being technically possible, yet still very challenging. If we start implement measures today so as to reach carbon neutrality by roughly mid-century, we would have a fair chance to keep global warming to a maximum of 1.5°C.” He also notes that it is not unexpected that estimates of carbon budgets change, and will change again in the future. He adds, “Climate policy has to put in place processes that can deal with such updates in a flexible and scientifically robust way.”

Richard Millar, lead author and post-doctoral research fellow at the Oxford Martin Net Zero Carbon Investment Initiative at Oxford University, said; “Limiting total CO2 emissions from the start of 2015 to beneath 240 billion tonnes of carbon (880 billion tonnes of CO2), or about 20 years’ of current emissions, would likely achieve the Paris goal of limiting warming to 1.5°C above pre-industrial levels.”

”Previous estimates of the remaining 1.5°C carbon budget based on the IPCC 5th Assessment were around four times lower, so this is very good news for the achievability of the Paris targets,” notes Pierre Friedlingstein of the University of Exeter, a co-author on this study and a key expert on carbon budgets for the Intergovernmental Panel on Climate Change (IPCC). “The 5th Assessment did not specifically address the implications of the very ambitious 1.5°C goal using multiple lines of evidence as we do here. The ambition of Paris caught much of the science community by surprise.”

Co-author Michael Grubb of University College London, adds, “This paper shows that the Paris goals are within reach, but clarifies what the commitment to ‘pursue efforts to limit the temperature increase to 1.5°C” really implies.

”Starting with the global review due next year, countries have to get out of coal and strengthen their existing targets so as to keep open the window to the Paris goals. The sooner global emissions start to fall, the lower the risk not only of major climatic disruption, but also of the economic disruption that could arise from the need otherwise for subsequent reductions at historically unprecedented rates, should near-term action remain inadequate."

Note: Due to confusion in some media coverage of this study, Oxford University has issued the following clarification on recent press coverage of our '1.5 degrees' paper in Nature Geoscience