Immediate action to reduce greenhouse gas emissions is key to limit the risk that global temperature rise will exceed 2° C, according to the 2013 Emissions Gap report from the United Nations Environment Program (UNEP), to which IIASA researchers contributed data and research. 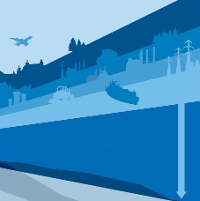 The report shows that delaying near-term actions to narrow the greenhouse gas emissions gap by 2020 considerably decreases the chances of keeping global temperature rise below 2°C and exacerbates mitigation challenges after 2020.

“Pathways for reaching 2° C are very ambitious and require a massive departure from historical trends,” says IIASA researcher Joeri Rogelj, “Delaying action to after 2020 however, does not mean that the target cannot be reached. It will rather make it much more difficult and narrow policy choices of how to achieve the required emissions reductions in the medium to long term”

Released today,the new report shows that current greenhouse gas emission have already reached a level higher than what they should be in 2020 in order to limit the risks of exceeding 2° C—a target set by international agreements as a goal to avoid the most dangerous outcomes of climate change.

Total global greenhouse gas emissions for 2010, the last year for which data are available, were 50.1 GTCO2e. The report estimates that  the current pledges by different counties would lead to an emissions gap of 8-12 GtCO2e compared to cost-effective pathways towards 2°C. A multitude of options exists to narrow this gap towards emissions levels of around 44 GtCO2e in 2020. This level reduces risks and sets the stage for the required deep reductions afterwards.

The report relies heavily on research from IIASA’s Energy program, and their work on scenarios of future greenhouse gas emissions and mitigation efforts. IIASA researcher Hans-Holger Rogner was a lead author for Chapter 2, “Emissions trends under both business-as-usual and pledge implementation scenarios.” IIASA researcher Joeri Rogelj served as a lead author and Energy Program Leader Keywan Riahi as a contributing author for Chapter 3, “The emissions gap and its implications.” In addition, Energy program researcher Peter Kolp developed the database from which much of the report was drawn.

“A number of IIASA’s flagship publications underpin the core analysis and the major findings of this report. The widespread contribution of IIASA scientists and science shows IIASA’s longstanding experience as a research institute at the science-policy frontier” says Riahi. (read more) 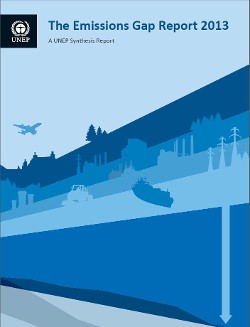