In December 2013, the European Commission proposed a new package of measures to reduce air pollution. Poor air quality is the number one environmental cause of premature death in the European Union. The new package is the culmination of a two year process to review and improve existing air pollution policies. IIASA’s GAINS model guided European policymakers at every step of this process. 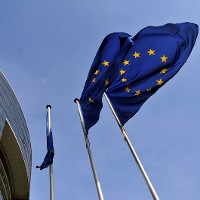 The new clean air policy package is estimated to avoid an extra 58,000 premature deaths, protect an extra 123,000 km2 of ecosystems from nitrogen pollution (more than half the area of Romania), and save 19 000 km2 forests from acidification by the year 2030.

"The air we breathe today is much cleaner than in past decades, but air pollution is still an 'invisible killer' and it prevents many people from living a fully active life,” said European Commissioner for the Environment, Janez Poto?nik. “The actions we are proposing will halve the number of premature deaths from air pollution, increase protection for the vulnerable groups who need it most, and improve quality of life for all. It's also good news for nature and fragile ecosystems, and it will boost the clean technology industry – an important growth sector for Europe."

IIASA’s GAINS model was the central scientific tool the European Commission used to analyze possible new measures. Through GAINS, policymakers were able to examine the costs and benefits of every available air pollution control measure.

“The health benefits of the package alone are worth more than 10 times the extra pollution control costs,” explained Markus Amann, Director of IIASA’s Mitigation of Air Pollution and Greenhouse Gases Program. Importantly, the GAINS analysis has shown that the new measures will have a positive net impact on economic growth in addition to the environment and health benefits.

The new policy package foresees national emissions ceilings for the six most important air pollutants that European Member States will have to respect by 2030. These ceilings were determined on a scientific basis with the GAINS model as the most cost-effective allocation of emission reductions and therefore ensure that Europe cleans up its air at the lowest possible cost.

“The European Commission has also used the latest scientific evidence about the dual role of methane as a greenhouse gas and a precursor of ground-level ozone,” commented Amann. “Targets to reduce methane are now included in the national emissions ceilings. In such a way, measures to tackle air pollutants also help combat climate change.”

The new policy package will now be considered by other EU institutions with the view to negotiate and agree on different elements in the package.

Helping to clean up Europe's air

OTHER APPLICATIONS OF THE GAINS MODEL

GAINS and the Convention on Long-range Transboundary Air Pollution