Reducing emissions of non-CO2 gases and air pollutants with climate effects would bring health benefits and near-term climate co-benefits - but the impact on long-term climate change might be lower than previously estimated, according to a new study of the potential of air pollution and carbon dioxide mitigation in climate stabilization scenarios. 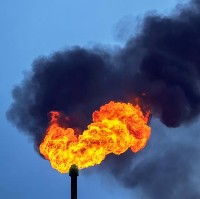 High hopes have been placed on limiting emissions of so-called short-lived climate forcers (SLCF) such as methane and soot for protecting human health, vegetation and limiting temperature increase.

These emissions originate from a broad variety of sources, including diesel engines, stoves, cows, and coal mines. They stay in the atmosphere from days to a decade while CO2 lasts thousands of years.

While confirming the near-term climate co-benefits of reducing SLCFs, new research indicates that neglecting linkages between the sources of these SLCFs and CO2 has led to an overestimation of the long-term climate benefits of controlling these pollutants in climate stabilization scenarios, according to a new study published in the journal Proceedings of the National Academy of Sciences (PNAS).

“Stabilizing climate at any temperature means that, at some point, global CO2 emissions have to become zero,” says IIASA researcher Joeri Rogelj, who led the study. “Although near-term action on short-lived climate forcers can help reduce warming in the coming decades and also provides other societal benefits, such as cleaner air, it will not buy us time for delaying the reductions in carbon dioxide emissions which are required to stabilize the climate at safe levels.”

“The one and only thing that can avoid the bulk of risks that would come with unbridled climate change is rapid CO2 reduction” says John Schellnhuber, a study co-author and director of the Potsdam Institute for Climate Impact Research. “Hopes that cutting other emissions would do a large part of the job now turn out to be misguided. Our study provides new scientific evidence that decision-makers need to make their choices for CO2 reductions. Note, however, that tackling short-lived pollutants is a reasonable goal in itself.”

Previous studies, including IIASA research, had shown that immediate action to limit SLCFs such as methane and black carbon could significantly reduce premature mortality from air pollution, increase agricultural yields, and help minimize short-term climate warming. In the new study, the researchers extended the scope of their research to include both the short (decadal) and long term (centennial) perspective and assessed the impacts of air pollutants, methane, hydrofluorocarbons, and CO2 control measures in an integrated framework.

SLCFs and CO2 are often emitted by the same sources, such as diesel cars and coal stoves. The new study quantified to which degree efforts to reduce CO2 emissions also lead to reduced SLCF emissions over time due to the elimination of common emission sources under a wide range of air pollution control assumptions. Limiting SLCFs can impact climate change in the coming decades. However, reducing particulate air pollution such as soot and sulfur dioxide can be achieved without capturing CO2, by cleaning exhaust of cars, industrial boilers, or replacing fuel wood for cooking with clean fuels. So addressing air pollution alone would not necessarily limit CO2 emissions–a necessary condition to reduce long-term temperature rise.

“The new study highlights the critical importance of integrated approaches to problems such as climate change, air pollution, and energy policy,” says Rogelj.

“While urgent action to reduce CO2 emissions is indispensable for the protection of climate, additional SLCF measures would deliver undisputed benefits for human health and agriculture and near-term climate change, even if their contribution to long-term climate targets is less than previously estimated.” says IIASA Mitigation of Air Pollution and Greenhouse Gases Program Director Markus Amann, who also contributed to the study.

IIASA research has also shown that simultaneous and coordinated action on air pollution and climate change could lead to reduced cost than addressing both separately.

IIASA at the Climate Summit 2014