Expanding the current bounty of cheap natural gas alone would not help to reduce greenhouse gas emissions worldwide, according to a new study. 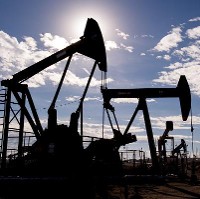 A new analysis of global energy use, economics and the climate shows that without new climate policies, expanding the current bounty of inexpensive natural gas alone would not slow the growth of global greenhouse gas emissions worldwide over the long term, according to a study appearing today in Nature.

Researchers from the IIASA Energy Program contributed to the study, which was coordinated by researchers at the US Department of Energy's Pacific Northwest National Laboratory. IIASA has recently launched a new cross-cutting research project focused on unconventional natural gas, which brings together an interdisciplinary group of researchers from the Energy, Mitigation of Air Pollution and Greenhouse Gases, and Transitions to New Technologies Programs.

Because natural gas emits half the carbon dioxide of coal, many people hoped the recent natural gas boom could help slow climate change—and according to government analyses, natural gas did contribute partially to a decline in U.S. carbon dioxide emissions between 2007 and 2012. But, in the long run, according to this study, a global abundance of inexpensive natural gas would compete with all energy sources – not just higher-emitting coal, but also lower-emitting nuclear and renewable energy technologies such as wind and solar. Inexpensive natural gas would also accelerate economic growth and expand overall energy use.

“The effect is that abundant natural gas alone will do little to slow climate change,” said lead author Haewon McJeon, an economist at the Department of Energy's Pacific Northwest National Laboratory (PNNL). “Global deployment of advanced natural gas production technology could double or triple the global natural gas production by 2050, but greenhouse gas emissions will continue to grow in the absence of climate policies that promote lower carbon energy sources.”

Recent advances in gas production technology based on horizontal drilling and hydraulic fracturing – also known as fracking – have led to bountiful, low-cost natural gas. Because gas emits far less carbon dioxide than coal, some researchers have linked the natural gas boom to recent reductions in greenhouse gas emissions in the United States. But could these advanced technologies also have an impact on emissions beyond North America and decades into the future?

To find out, a group of scientists, engineers and policy experts, led by PNNL's Joint Global Change Research Institute, gathered at a workshop in Cambridge, Maryland, in April 2013 to consider the long-term impact of an expansion of the current natural gas boom on the rest of the world. The researchers, hailing from the U.S., Australia, Austria, Germany and Italy, went home and projected what the world would be like in 2050 with and without a global natural gas boom. The five teams used different computer models that had been independently developed.

The groups relied on updated estimates of the world natural gas resources by Hans Holger Rogner, a Senior Research Scholar at IIASA and co-author of the study. The resource estimates were then used by the computer models of the five research groups. These models included not just energy use and production, but also the broader economy and the climate system. These "integrated assessment models" accounted for energy use, the economy, and climate and the way these different systems interact with one another. The groups each computed projections halfway into the century.

One of the five integrated assessment models used in the study is IIASA’s Model for Energy Supply Strategy Alternatives and their General Environmental Impact (MESSAGE). MESSAGE  provides a framework for comprehensive assessment of global energy challenges such as climate change, energy access, and air pollution. The model has been used in a number of major international assessments including the Intergovernmental Panel on Climate Change (IPCC) reports, and the 2012 Global Energy Assessment.

Five for Five
“We didn’t really know how our first experiment would turn out, but we were surprised how little difference abundant gas made to total greenhouse gas emissions even though it was dramatically changing the global energy system,” said James "Jae" Edmonds,  PNNL's chief scientist at JGCRI. "When we saw all five modeling teams reporting little difference in climate change, we knew we were onto something."

“The results came as a surprise,” says IIASA Energy Program Director Keywan Riahi, who worked on the study. “The common understanding so far was that cheap and abundant natural gas will have co-benefits for the climate since it reduces coal consumption – the most climate-polluting of all fossil fuels. We find, however, that abundant gas will also result in higher energy demand and suppress the contribution of clean non-fossil energy.”

The key, the researchers said, is that the five different models provide an integrated, comprehensive view of the economy and the Earth system. Swapping out coal for natural gas in a simple model would cut greenhouse gas emissions, a result many people expected to see. But incorporating the behavior of the entire economy and how people create and use energy from all sources affect emissions in several ways:

The combined effect of the three, the scientists found, is that the global energy system could experience unprecedented changes in the growth of natural gas production and significant changes to the types of energy used, but without much reduction to projected climate change.

“The massive global expansion of natural gas will most likely have only very small to negligible effects if there are no climate policies,” says Riahi.

Scientist, engineers, and economists from the following institutions contributed to the research: the JGCRI, a collaboration between PNNL and the University of Maryland, BAEconomics, the International Institute for Applied Systems Analysis (IIASA), the Potsdam Institute for Climate Impact Research, the Fondazione Eni Enrico Mattei, and Resources for the Future.

This work was supported by the Global Technology Strategy Project, a public-private partnership.