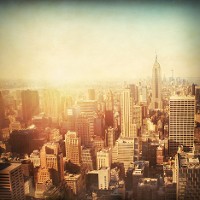 The Global Carbon Project (GCP) today released its 2014 Carbon Budget. The report, which quantifies global greenhouse gas emissions for the year 2013, was released at the same time as four analyses analyzing the implications of the current emissions trajectory. The report comes just before the United Nations Climate Summit in New York, and shows that global CO2 emissions from fossil fuel and cement production grew to a record high of 36 billion tonnes CO2 in 2013. According to the report, Fossil fuel CO2 emissions are projected to increase 2.5% in 2014, bringing the total CO2 emissions from all sources above 40 billion tonnes CO2.

IIASA Deputy Director General Nebojsa Nakicenovic is the co-chair of the project. He says, “This week’s summit in New York is a pivotal event—along with the upcoming COP20 meeting in Lima—on the road to a global climate deal that could be agreed in Paris in 2015. The scientific assessment of the Global Carbon Project should be a wakeup call to politicians.”

IIASA has been involved in the GCP since the founding of the project, hosting a series of workshops with the group. The partnership has also spurred new research initiatives at the Institute, including studies of methane emissions, the carbon cycle, and net negative carbon dioxide emissions.

Implications for the 2-degree target
One study released today focuses on the implications of current emissions growth for limiting future climate change to 2 degrees Celsius above pre-industrial levels, a target that researchers believe may limit the worst effects of climate change.

IIASA researcher Joeri Rogelj contributed to the study. He says, “Our paper meticulously exposes the blatant disjoint between the robust scientific evidence, the political discourse, and real-world mitigation action. This science-based stocktaking exercise once again highlights the urgency of global action in order for the world to embark as soon as possible onto a low-carbon trajectory which leads to global zero carbon emissions at some point during this century.”

The study shows that the upward trend of CO2 emissions over the past decades is continuing, despite discussions to limit climate change. The study also estimates that in order to stay under the 2 degree limit, future cumulative emissions would need to be limited to no more than 1200 billion tons of CO2. At the 2014 emissions level, this amount of emissions would be reached in 30 years.

But if emissions continue to rise, as projected, this limit would be reached sooner. The study shows that far stronger emissions will be required later, with a greater risk that climate targets will be overreached.

Betting on negative emissions
In a commentary, also published today in the journal Nature Climate Change, IIASA guest research scholar Sabine Fuss, of the Mercator Research Institute on Global Commons and Climate Change (MCC), Nebojsa Nakicenovic, and co-authors point out that most scenarios for achieving the 2-degree stabilization target assume the use of negative emissions technologies such as Bioenergy with Carbon Capture and Storage (BECCS), which remain unproven.

Fuss, lead author on the paper and a member of the steering committee of the GCP, says, “We’re relying on an approach that involves considerable uncertainties. Because, at present BECCS is still in its infancy. It’s not too late to achieve the 2-degree target. However, in order to get clarity about the opportunities and risks of negative emissions, and to allow for the application of this technology at an industrial scale, we must, among other tasks, get pilot projects underway.”

Nakicenovic says, “The research indicates that negative emissions will need to be part of our future strategy on climate change mitigation—but to make these technologies a reality, much more research and investment will be needed.”