The first, Interim Governing Board Meeting of the Water Futures and Solutions Initiative will take place at the Grand Hilton Hotel, Seoul, on 13 May at 13:00. 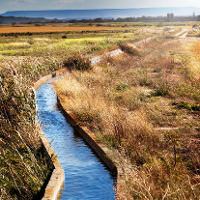 The Water Futures and Solutions Initiative will be steered by a Governing Board. An agreement was reached at the launch meeting (4-5 Febr. 2013) on the initial composition of the Governing Board, and a process leading to the finalization of the governance structure was initiated. The Governing Board is primarily composed of the high level representatives of the sponsoring and funding agencies of the initiative, representing the industrialized, emerging, and developing world.

The meeting of the Interim Governing Board will take place in Korea beside the preparatory meeting of the 2015 7th World Water Forum in Korea (2013, 13-15 May). In addition to the initial partners: IIASA, UNESCO, Korean Ministry of Land Infrastructure  and Transport, World Water Council and the International Water Association, several collaborating partners will attend: the African Development Bank, Malaysian Academy off Science, Suez Environment, The World Bank, Korea Water Forum, Austrian Development Agency, Asian Development Bank, Chinese Institute of Water Resource and Hydropower Research.

The following agenda items will be discussed:

The interim governing board meeting is a key step in moving the Initiative forward.

The next governing board meeting is scheduled to take place at the 2013 Budapest Water Summit (8-11 October, 2013) upon the invitation of the Government of Hungary. The third meeting will take place in November, 2014. Its location has not yet been finalized.