Shanghai Forum, launched in 2005, is known as one of the most famous international forums held in Shanghai. Co-hosted by Fudan University and Korea Foundation for Advanced Studies, undertaken by Fudan Development Institute (FDDI), the Forum is a non-governmental and non-profit academic organization, which holds an annual symposium each May in Shanghai. Shanghai Forum 2018 will be held from May 26 to May 28, 2018 in Shanghai. The theme is “Asia’s Responsibilities in A World of Change” 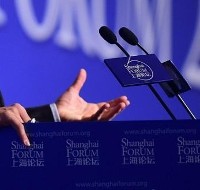 Lassi Heininen, Professor at University of Lapland & Senior Research Scholar at IIASA-AFI Arctic Futures initiative, will give a presentation on:                     Global Arctic: A New Opportunity for Development

-The Global Arctic as a New Geopolitical Context and Asset

Abstract: In spite of different perceptions, discourses and media headlines as well as turbulence in world politics, the early-21st century Arctic is with high geopolitical stability based on international, institutionalized Arctic cooperation. At the same time, the region faces super wicked problems, in particular the combination of pollution & climate change. Between the Arctic states, and supported by Arctic Indigenous Peoples and observer countries of the Arctic Council, there are significant common interests to avoid military tension and confrontation, and maintain peace and stability, as well as continue cooperation on environmental protection, and keep the Arctic for “scientific and educational purposes” and sustainable business. The global Arctic based on intensive international, functional cooperation and high geopolitical stability is an exceptional geopolitical space & context in world politics and IR. Among special features of Arctic geopolitics are that the environment matters - the Arctic is a tipping point for the entire EarthSystem -, and the globalized Arctic is a (potential) geopolitical asset to (re)formulate world politics with ‘uncommon instabilities’.

The presentation will draw a holistic picture of Arctic geopolitics and IR in the post-Cold War period as an introduction of the session. Its aim is to describe how the high geopolitical stability was achieved, been maintained, and why it seems to be resilient. It briefly analyzes major common interests of the Arctic states to decrease the military tension of the Cold War and increase political stability by causing a transformation from confrontation to environmental cooperation. It also discusses what might be among features of Arctic geopolitics as prerequisites for the transformation. In addition of perceptions and discourses there is an ambivalence on how ‘geopolitics’ is defined, and how much Arctic geopolitics is impacted by grand environmental challenges. Final, the presentation will ask if Arctic studies promote discourses beyond mainstream IR, and if so, which features would make the Arctic/Arctic geopolitics exceptional.

1)The significant change from the confrontation of the Cold War into cooperation and high geopolitical stability of the 21st century, based on the common interests, is an achievement by the Arctic states. The post-Cold war Arctic is with two-fold development: first, new multi-dimensional dynamics has made Arctic geopolitics global; and second, the globalized Arctic has significant implications worldwide and affects the Earth (System).

2)This new state together with ‘Grand challenges’ (pollution & climate change) makes the ‘global’ Arctic as a new, ‘exceptional’ geopolitical context in world politics & IR. This could be interpreted as a potential asset for a peaceful change to (re)formulate world politics with ‘uncommon instabilities’.

3) Behind is a critical approach of Arctic geopolitics goes beyond ’Realpolitik’ and ‘politicizes’ of the Arctic as physical space, since the environment matters, and recognizes several actors and their identities, emphasizes knowledge and sophisticated power based on research and knowledge.

4) It is possible to face climate change and other ‘Grand challenges’. Much depends on the Arctic states’ criteria by which they make their decisions, i.e. (re)constructing their reality of post-Cold War Arctic geopolitics. Further, it is possible to go beyond ‘political inability’. Furthermore, to make integrated systems assessment what the plausible futures for the Arctic and pathways to those futures, and how robust the strategic plans to develop & protect the Arctic (see, Arctic Futures Initiative at IIASA). For that it would be needed is to ask & assess what information do decision makers need to make futures sustainable, and we should give it to them.