Joeri Rogelj has been appointed as a member of the Climate Science Advisory Group to the United Nations Secretary-General’s 2019 Climate Action Summit. The group comprises of international climate scientists who are highly recognized and respected in their field. Rogelj was appointed for his world-leading expertise in climate change mitigation and low-carbon scenarios. 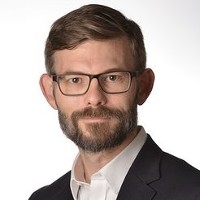 The Climate Science Advisory Group will provide scientific advice to the Secretary-General, Deputy Secretary-General, Special Envoy and Deputy to the Special Envoy to guide the preparations for the 2019 Climate Action Summit. This includes advice on scientific studies and findings to raise awareness of key scientific facts with leaders, policymakers and other stakeholders. They will also provide guidance to the coalitions leading the nine workstreams of the Climate Action Summit. Rogelj will be joined by ten world-leading scientists, including: