IIASA researcher Daniela Weber has received the Stephan-Koren Prize from the Vienna University of Economics and Business, the second award honoring her dissertation on the international perspective on aging and cognitive decline. 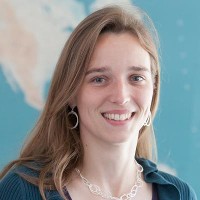 The union of professors at the Vienna University of Economics and Business (WU) awards the the Stephan Koren Prize every year to junior scientists for their dissertations. The aim is to support young researchers who have contributed to international visibility and recognition of WU research in their field during their studies and with their final thesis. In 2016, IIASA researcher Daniela Weber is one of the four awardees based on her international comparison of the cognition decline of elderly people. Weber finished her dissertation in 2015 at the WU, supervised by IIASA Program Director Wolfgang Lutz and Agneta Herlitz, Karolinska Institutet, Stockholm, Sweden. The formal award ceremony will take place on 16 December 2016 at the WU in Vienna. In October she received the Lower Austria Chamber of Labour Science Prize for her scientific contribution.

Since 2010, Weber has been working at IIASA's World Population Program (POP), researching on international perspectives of aging and health of population over 50 years, and investigating determinants of cognitive as well as physical aging. Currently, Weber is part of the ERC funded Reassessing Ageing from a Population Perspective (Re-Ageing) project. Among other things, the Re-Ageing project ascertains the extent to which advanced societies are actually aging in multiple dimensions, including health, cognitive abilities, and longevity.

The WU is a close collaborator of the POP at IIASA. Together with the the Vienna Institute of Demography of the Austrian Academy of Sciences (VID/ÖAW), the WU and IIASA constitute the Wittgenstein Center for Demography and Global human Capital (IIASA, VID/ÖAW, WU), combining the partners’ strengths in the fields of demography, human capital formation and analysis of the returns to education. More information about the Stephan Koren Prize is available on the WU website.