The second Russian Demographic Data Sheet provides a comprehensive look at key demographic indicators and main population trends for all Subjects of the Russian Federation, including population projection for 2050. 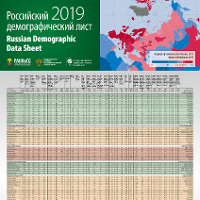 The Russian Demographic Data Sheet 2019 shows key demographic data, population trends and projections until 2050. It covers fertility, mortality, migration, population structure including population ageing and their changes. The data sheet combines data for the national level, all regions and districts, and features maps, population pyramids, rankings, graphs and a glossary. It pays special attention to the importance of alternative indicators of population ageing for the current and future population changes across Russia. All information is provided in both languages, Russian and English. The project is a collaboration between IIASA, the Russian Presidential Academy of National Economy and Public Administration (RANEPA), and the Russian Federal State Statistics Service (Rosstat).

The work on the data sheet was lead by World Population Deputy Program Director Sergei Scherbov, expert in this fields of demographic modelling, population projections, data processing and presentation, and measuring aging. Together with Warren C. Sanderson,  Scherbov has developed new methods of the analysis of aging that take characteristics of people into account. Their research has been published in major scientific journals, including Nature and Science. He is currently Principal Investigator of the European Research Council funded Reassessing Ageing from a Population Perspective (Re-Ageing) project at IIASA that, among other things, ascertains the extent to which advanced societies are actually aging in multiple dimensions, including health, cognitive abilities, and longevity.

This year, the data sheet is accompanied by an extended brochure entitled "Russian Regions on the World Demographic Map", that shows key demographic indicators and main population trends for all Subjects of the Russian Federation, their rankings within Russia, and comparisons with those countries that have the closest value of each indicator. It features the Human Life Indicator (HLI), a new and simple measure for human wellbeing across countries, that takes inequality into account and could replace the commonly used but error-prone Human Development Index (HDI). The HLI was only recently introduced by Ghislandi, Sanderson and Scherbov in Population and Development Review.

The data sheet was presented at the Gaidar Forum 2019 in Moscow. 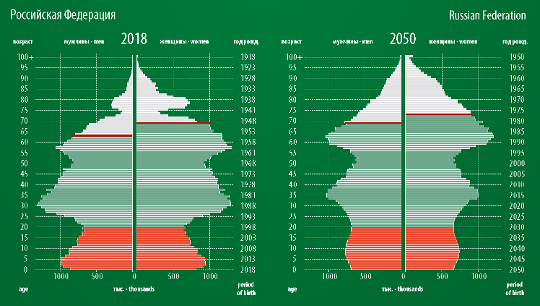