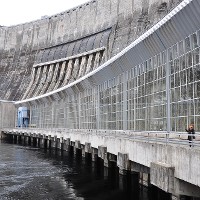 Wada will be honored at the AGU Fall 100th Anniversary Meeting in Washington D.C. this December for demonstrating exceptional promise for continued contributions in research, education, and societal impacts. His internationally peer-reviewed research has appeared in Nature, Nature Geoscience, Nature Climate Change, PNAS and Water Resources Research, and is cited more than 1,200 times each year.

Wada spent over ten years in Japan, the Netherlands, and the US studying water management and systems modeling from the perspective of both the social sciences and natural sciences. Integrating both approaches gives him an advantage that other researchers specializing in only one aspect don’t necessarily have, especially outside of IIASA, says Wada.

“After I came to IIASA I realized that we are doing science for a reason,” said Wada, “the new mathematical model is not the end goal but it’s to help stakeholders make better policy for managing water resources. For me that’s what’s motivating about my work at IIASA, connecting science to society and policy.”

Still, Wada knows the importance of working at both the local and international scale.

“My challenge is how to link large scale to local context,” says Wada. “We also need to think about community driven settings, so we can work together to increase community knowledge in resource management.”

Wada’s approach seems to be working: previously, he has received numerous research grants and awards in hydrology from the AGU, European Geoscience Union (EGU), Dutch Hydrological Society (NHV), and the Ministry of Education, Culture, Sports, Science and Technology of Japan (MEXT).

As he reflects on how he got to this point in his still young career, Wada notes that when it comes to making his mark as scientist, his attitude has evolved over the years.

“When I was younger I was focused more on writing papers. But in the later stages I started to think much more about how my paper could improve people’s lives and how to communicate with the public to translate scientific findings,” says Wada.

Nevertheless, each award is a great honor for Wada, especially as it recognizes everyone’s contributions and achievements, in addition to his own.

“For me it’s very important because it’s not just me that built my career, many other people helped me to build my career,” says Wada. “This award, given by the largest geoscience community of the world, recognizes the work of myself and my colleagues, as well as the development of the IIASA Water program.”