Allowing shareholders to be held liable for the damages that companies cause to the environment and people could help transform the world’s energy system towards sustainability, according to new research published today in Proceedings of the National Academy of Sciences (PNAS). 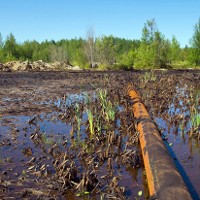 The research carried out at IIASA in collaboration with the Potsdam Institute for Climate Impact Research demonstrates that there is fundamental rigidity, known as lock-in, within the energy economy that favors the use of fossil fuels and nuclear power despite their large environmental and social costs. The researchers identify that this rigidity of the existing energy economy could be considerably reduced by introducing new rules that hold shareholders of companies liable for the damages caused by the companies they own. Allocating the liability between the company and its shareholders could spur a shift toward a sustainable energy system.

“The world’s energy system today relies heavily on fossil fuels and uranium, and its output regularly causes damage to the environment in the form of pollution, oil spills, or nuclear leaks,” says Jérôme Dangerman, lead author of the study and Research Scholar at IIASA at the time of writing the article. But while companies can be penalized for damages to the environment, their owners are not. “As a shareholder you are generally speaking never liable for those damages,” says Dangerman.

The paper examined the historical transitions of the energy system, examining the factors that led to previous transitions in energy use, for example from wood to coal, and then from coal to oil. The researchers argue that the 1970’s represent a time period in which a new large-scale transition towards renewable energy may have been kick-started by the then unfolding technological revolution.Instead, since the early 1970s the global system has ‘frozen’, with fossil fuels and nuclear remaining the major energy sources. “From a healthy resilience point-of-view you would normally expect a system to adapt to a situation which is causing so much damage,” says Dangerman. “But it’s not fundamentally changing.”

In the study, Dangerman and co-author Prof. Dr. Hans Joachim Schellnhuber, Director of the Potsdam Institute for Climate Impact Research, explored the reasons for the rigidity in today’s energy system. “It’s dominant positive feedback,” says Schellnhuber. Heavy investments in fossil fuels have led to big profits for shareholders, which in turn leads to greater investments in technologies that have proven to be profitable. While, in parallel, the chances of success for sustainable alternatives diminish. “It’s called Success to the Successful,” says Dangerman.

The profits and advantages for shareholders don’t include a reckoning for environmental and social damage, so there is little impetus for shareholders to consider those factors.In order to change the system, says Schellnhuber, something needs to alter the damaging positive feedback cycles. Dangerman says, “The paper suggests that you could change this system by allowing a form of negative feedback:by stopping the current block on shareholder liability and holdingshareholders co-responsible for the damage that their companies cause.”

Dangerman points to the Deepwater Horizon explosion as an example, "If shareholders were held liable, then next time they might consider the risk before investing, or demand from the company's Board of Management to change its course of business towards less damaging ventures.”

The study builds on forty years of energy and technology research at IIASA. “Researchers at IIASA have pioneered studies into how lock-in into dominant technologies results in a major barrier to achieving a transformation to sustainable energy systems,” comments IIASA Deputy Director Prof. Dr. Nebojsa Nakicenovic.

PIK addresses crucial scientific questions in the fields of global change, climate impacts and sustainable development.Researchers from the natural and social sciences work together to generate interdisciplinary insights and to provide society with sound information for decision making.The main methodologies are systems and scenarios analysis, modelling,computer simulation, and data integration. www.pik-potsdam.de