A media briefing took place on 25 March at 13:00 in Vienna, on aging populations, low fertility levels, and inequalities in life expectancy and health. 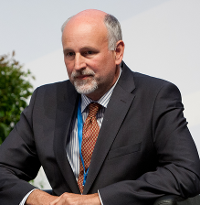 Aging populations, low fertility levels and stark inequalities in life expectancy and health between different groups in society are among the challenges faced by many countries in Europe, Central Asia and North America.

Top international experts are gathering in Vienna on 25-26 March 2013 to discuss how to respond to such population dynamics with the goal of ensuring sustainability.

The meeting, hosted by IIASA and the Vienna Institute of Demography, will be held by the UN Population Fund (UNFPA) and the UN Economic Commission for Europe (UNECE) in preparation of the high-level  UNECE regional conference “Enabling Choices: Population Priorities for the 21th century” on 1-2 July 2013 in Geneva. It is part of a series of events in the region to review progress made since the landmark 1994 Cairo International Conference on Population and Development, based on initial results of a global survey.

Read the UNFPA Press Release from the meeting.

Members of the media are invited to attend a press briefing on 25 March 2013 at 13:00 with the following participants:

The media briefing will take place in English, with the possibility to ask questions in German.