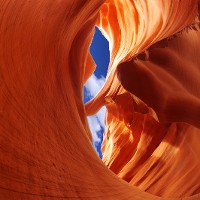 IIASA has always recognized the necessity, and power, of researchers from different disciplines working together. At IIASA’s home base, social scientists, natural scientists, engineers, and computer scientists communicate and collaborate to explore some of the world’s most pressing challenges. Partly to encourage such teamwork and solution‑focused research, IIASA organizes its research programs, not by discipline, but within three global areas: Energy & Climate Change; Food & Water; and Poverty & Equity. It is an infrastructure and environment that attracts some of the world’s top scientists.

“The combination of the interdisciplinary research environment and the systems perspective is what brought us to IIASA,” says IIASA Distinguished Visiting Fellow Simon Levin, a professor of ecology at Princeton University who studies the complexity and interconnection of socioeconomic and environmental systems. Working with a team of ecologists, mathematicians, physicists, and international relations experts including IIASA scientists, Levin recently identified the importance of developing adaptable systems for finance and international relations. Such systems could help reduce the risk of major system collapses such as the 2008 financial crisis, Levin says.

“It is a highly interdisciplinary environment and there are only a few places in the world that can provide that,” Levin says.

Looking at the big picture

The complexity of many real world problems is often due to the high degree of interconnectivity that inherently exists in them, Levin says. “That means increasingly, we can’t study an economic system without thinking, for example, about the impact it’s having on the environment,” Levin says. “And we can’t think about protecting environmental systems without thinking about the economic dimensions.”

Traditionally, scientists have had a tendency to look at one local system in isolation; but to do so ignores what happens when such systems become highly connected, Levin says. Seemingly smal l and unl ikely risk s—termed “femtorisks”—can lead to major collapses or crises in such systems. And the complexity makes it challenging to model the potential outcomes of such risks.

The more interconnected the system, the greater the potential for sudden and often unwelcome changes. While Levin and colleagues studied the vulnerabilities of the financial system, he argues that the potential for disaster also exists in naturally interconnected systems such as the world’s oceans, where harvesting one fish species can directly impact the health of another.

Rather than looking for isolated solvable chunks within challenges, researchers have to appreciate the big picture and take a more systems approach to problem solving, Levin says. And so interdisciplinary research becomes a necessity, because such systems traverse the disciplines and it takes a diverse array of expertise to study them.

Using such an approach, scientists could begin to understand the risks of interconnectivity, anticipate possible problems, and mitigate their impacts. Such research could also inform policies that could either prevent disasters or make the impacts less damaging. “You won’t be able to predict exactly when the changes will occur, or what the nature of them will be; but you at least have the potential to take steps to move you back from the brink,” Levin says.

In the recent study led by Levin, the scientists were able to identify the traits of the most resilient management systems— traits that forward thinking policies could encourage. “You need a system that has a surveillance component and some early warning indicators to tell you there’s a problem,” Levin says. “Then, most impor tantly, the system needs some adaptive flexibility in it so that it can learn.”

“The reason why evolution is so rapid is because the pressures we humans put on the fish stocks is so strong,” says Dieckmann, who is IIASA’s Evolution and Ecology Program director. “These fish experience very strong selection pressures so evolution can occur on a timescale of ten or twenty years.”

It was a finding that was only possible using the combined strengths of scientists from different disciplines, Dieckmann says. Dieckmann, who is a theoretical physicist by training, built the models for his research by collaborating with experienced fisheries biologists. The process involved using the knowledge gleaned from the field scientists and then representing that information in a quantitative mathematical form. “So the process works by two people of equal but differing intellects and skills coming to the table,” Dieckmann says.

When it comes to addressing certain challenges in natural resource management, interdisciplinarity is inescapable, as ecological and evolutionary knowledge has to be integrated into the models, Dieckmann says. Researchers considering impacts on food sustainability also need to take into account economics and human behavior.

While fisheries ecologists have not accounted for evolution until very recently, fishery managers need to be aware that such evolutionary pressures tend to influence yield and could jeopardize the ability of exploited fish populations to respond to future environmental or management changes, Dieckmann says. His team’s interdisciplinary research is helping fisheries managers perform integrative cost‑benefit analyses for their management decisions.As such, it has immediate policy relevance.

“Integrative assessments must be part of sustainable resource management in general and of fisheries management in particular,” Dieckmann says.

While interdisciplinary research can help scientists gain a big picture view of complexproblems, and unite strengths from different disciplines, it can also lead to unconventionalnew insights, says Wolfgang Lutz, IIASA’s World Population Program director, whose work has addressed effects of climate change on the human population.

Much analysis had been done on factors determining vulnerability to natural disasters such as Hurricane Mitch in the Caribbean. But when Lutz and his team revisited the data and added information on the level of education that had not been accounted for initially, they found that education is key to reducing disaster fatalities and enhancing adaptive capacity. "The surprise was that in the disaster community, nobody had so far thought that education could possibly be a factor that should be studied,” Lutz says. “Economists tend to somehow assume from the start that income would be decisive.”

The team then went on to perform an extensive analysis of natural disaster data for 167 countries over the past four decades, as well as a number of studies carried out in individual countries and regions, to confirm that education is more important than income for reducing the vulnerability of populations to the type of natural disasters—floods, landslides, and storms—that researchers expect to become intense with climate change.

The key to this new insight, Lutz believes, lies in thinking beyond conventional narrow disciplinary approaches. Traditionally, economists who dominate disaster analysis have simply focused on income or finance as the decisive forces in such questions, and have hardly worked in cooperation with researchers that take other approaches. "The lesson you learn here is that if you don’t think beyond your discipline, you can actually be blind to the most important factors,” Lutz says.

How can an institute encourage interdisciplinary research?

For interdisciplinary research to thrive, a research organization has to create an environment where researchers can easily mix and interact, according to Wolfgang Lutz. At IIASA, scientists meet over lunch and go to seminars. “So we understand not only what are the questions that other people are addressing, but how are they thinking,” Lutz says. Such interactions lead to new ideas and insights, he says.

Simon Levin believes that choosing researchers who like to talk to other people and think outside their discipline is key. “They have to be people who are strongly based in a discipline but with a respect for, and interest in, what goes on in other disciplines,” Levin says. Then, a research center has to create the spaces and opportunities for these people to come together and talk.

Sometimes an institute can lend support by creating the infrastructure and incentive for such collaborative research, says Ulf Dieckmann. “At IIASA the recently established cross‑cutting projects are really giving a new push, a new momentum, to building bridges between diverse parts of the IIASA research portfolio,” he says.

The finding should prove invaluable for policymakers. With billions of dollars pledged for climate funding, it is crucial to consider where the money would have the greatest impact, Lutz says. This research shows it is vitally important to invest some of the funds in empowering people through education so that they might be more adaptable to the changes that could occur with climate change, Lutz says.

At IIASA, research is  problem‑driven and solution‑oriented and policy relevance is a key priority. While expertise within scientific disciplines is essential, interdisciplinary research brings a new set of tools to the table. “Such research can reveal other factors that can be more important than those you initially considered as part of your disciplinary portfolio,” Lutz says.

By practicing interdisciplinary research IIASA scientists can continue to push the boundaries of scientific investigation. In doing so, they can hopefully take great strides towards addressing some of the world’s critical and complex challenges.