Options Magazine Winter 2015: Expanding renewable energy on a global scale also means tackling trade-offs and competition for land use, and dealing with widely varying public perceptions of the issue. 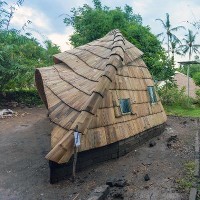 Renewable energy is often sold as being in harmony with nature: wind turbines or solar panels providing a backdrop to fields of yellow sunflowers, blue rivers, and emerald forests.

But renewable energy projects are not without environmental impact. Solar panels use land that may have otherwise have been left for wildlife or farmed. Bioenergy comes primarily from trees, which can lead to deforestation of vulnerable habitats like tropical rainforests and alpine and boreal forests. It might also use land that could otherwise produce food. Wind power turbines stretch hundreds of feet high, altering skylines and potentially injuring birds. And hydropower means dams, which change river flows, streambeds, and vegetation, with impacts on the fish and other wildlife.

“There is a disconnect between the image of renewable energy and impacts that occur in the environment. When you add renewable energy, you change the landscape,” says Christoph Walzer of the University of Vienna. Walzer is the leader of the international recharge.green project, which relied on IIASA modeling to explore potential trade-offs between renewable energy development and other, less easily quantified values—such as biodiversity, air and water quality, and landscape beauty—in the Alps, which sprawl across seven European countries.

The recharge.green project, which concluded in summer 2015, aimed to find sustainable solutions for energy planning in the Alps and provide a blueprint for regions around the world tackling similar issues.

“Only a healthy mix of all different kinds of renewable energy technologies— tailor-made for the respective situation and location—can bring maximum benefits across sectors, for climate change mitigation, energy substitution, and ecosystems services,” says IIASA Ecosystems Services and Management Program Deputy Director Florian Kraxner, who led the IIASA contribution to the recharge.green project, using the model BeWhere to integrate and optimize wind, solar, hydro, and biomass power potentials. For the project, they developed a set of around 150 scenarios which show a whole range of possible development pathways.

IIASA researchers originally developed BeWhere as a global model to compare the costs, benefits, and trade-offs of bioenergy energy production and identify ideal locations for bioenergy plants. Over the years they have developed new methodologies to address a mix of renewable energy types, to consider protected areas such as national parks, and to refine the model for specific countries and regions. In Indonesia, for example, Kraxner and colleagues are now using BeWhere as a tool to address the conflict between producing bioenergy and preserving tropical forests.

“Deforestation not only leads to biodiversity loss, but also has a global impact on climate change, as tropical forests act as a major sink for carbon dioxide,” explains IIASA researcher Sylvain Leduc, who leads the development of the BeWhere model.

In a recent study presented at the international conference, “Our Common Future under Climate Change,” Kraxner, Leduc, and col leagues found that bioenergy projects proposed for Indonesia in combination with carbon capture and storage technologies—intended as a method to produce energy with net negative emissions—could actually interfere with other efforts in the country to mitigate climate change through forest protection. The study provides a better understanding of the trade-offs for forest protection that would accompany different decisions on bioenergy. 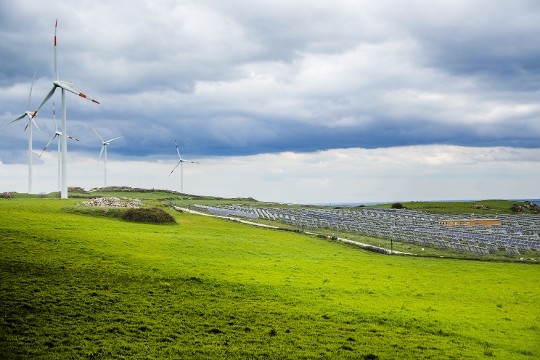 Such clear results from a data-driven model can provide a great starting point for policymakers and regional planners. But what happens if the public—who may have different perspectives on how natural landscapes should be used—turn against renewable energy?

One way to avoid such conflicts, researchers say, is to find ways to incorporate people’s values into the analyses, listening to all sides and incorporating their input. The recharge.green project included a major component for stakeholder engagement and communication, leading researchers to try to account for the value of landscape beauty, recreation, and other “unmeasurable” factors.

Kraxner says that the issue of public support is one of the most challenging research problems for many IIASA researchers. “It is extremely difficult to incorporate social issues into scientific analysis,” he says, “There is always something missing, and it is frustrating to deal with these data gaps. Yet it is vital that we try. We can fine-tune models to discover the climate impacts of small shifts in energy and technology use. But to make those results useful for policy, we need to integrate an understanding of social and political factors into our analyses.”

Energy and nature in the Alps: a balancing act