Options Summer 2018: Rapid economic growth often comes at a steep price, with positive effects of change regularly being balanced out by negative environmental effects. In traditional growth models, greater growth has led to greater carbon emissions output, raising questions about construction practices and expansion in general. With new growth models however, adverse environmental effects do not necessarily have to be part of the equation. 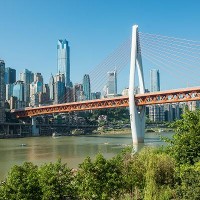 China’s Chongqing municipality has seen rapid economic growth in the last 20 years. Most impressive however, is the fact that they have managed to grow without increasing their emissions. In fact, they have even managed to reduce some of the more harmful emissions during this period.

In a study published in the journal Ecological Indicators, IIASA researcher Wenji Zhou and his peers demonstrated substantial decoupling of environmental pressure from economic growth in Chongqing. Between 1999 and 2010, emissions of Sulphur dioxide, soot, and water waste showed zero growth. Over the same period, the growth rate of total energy consumption, carbon dioxide emissions, and solid waste remained relative to the population. These results were far above the national average, showing that responsible growth can be achieved.

“The results of our study demonstrate the ability to accommodate rapid economic growth on a city level without contributing to carbon-based emissions,” explains Zhou, a researcher in the IIASA Energy Program. “We firmly believe that the case of Chongqing can serve as a model for other cities and policymakers around the world on how to grow a city without harming the environment.”