Nurturing cooperation, preservation, and prosperity in the Arctic

Options Winter 2018/19: The vast 15 million square kilometer territory surrounding the North Pole commonly referred to as “the Arctic” may seem to be remote and intangible, but what happens there affects us all. 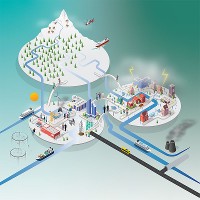 The Arctic region is undergoing a massive and rapid transformation, and many of the changes have significant effects in the rest of the world. The most prominent of these include global warming, rising sea levels, and the more extreme weather events experienced across the world in recent years. In addition, industrial extraction, air pollution, globalization, migration, and food and water insecurity, along with widening socioeconomic gaps in the region, may amplify existing risks, complicating decision making and increasing uncertainty.

While all of this paints a bleak picture for the future of this highly vulnerable and important region, some of the changes taking place could also bring about new opportunities for Arctic states, provided they are planned for and managed responsibly and sustainably.

A holistic and collaborative approach

The IIASA Arctic Futures Initiative (AFI) aims to provide decision makers in the region with options that balance environmental protection, economic prosperity, and societal wellbeing, and cuts across the expertise of all IIASA programs.

The initiative’s objective is to provide a holistic assessment of the Arctic region that integrates research and policy, while taking into account the interests of both industry and society. Over the years, IIASA projects related to the Arctic have covered a wide variety of topics spanning boreal forests and sustainable fishing practices in Arctic waters, to the modeling of future demographic trends and the development of collective responses to reducing air pollution.

The future of Arctic populations

The Arctic region encompasses the Arctic Ocean and parts of Canada, Finland, Greenland, Iceland, Norway, Russia, Sweden, and the USA, and even though it is home to a relatively small number of people, they are one of the driving forces in active Arctic transformation. Understanding the population dynamics associated with these changes will be crucial to finding solutions in the future.

A study by AFI and World Population Program researcher Anastasia Emelyanova examined recent population developments in the Arctic and modeled future demographic trends towards 2050. Her innovative work suggests that education as a factor of human capital may in future drive demographic shifts in the region. Several communities have already expressed interest in the results, which could provide valuable input for stakeholders on decisions concerning future developments.

The rapid and extensive changes in the region also include an increased focus on industrial development, which has led to the deployment of large infrastructure projects in Arctic countries. Although such projects can be seen as beneficial on a national level, the benefits are not always as immediately evident to local communities.

A study undertaken in Finland by AFI and Risk and Resilience Program researchers Mia Landauer and Nadejda Komendantova, looked at how local people can be more actively involved in the planning of large infrastructure projects that have impacts on traditional livelihoods such as reindeer husbandry. They investigated how stakeholders involved in Environmental Impact Assessments (EIAs) perceive the participation of reindeer herders in the planning and implementation of infrastructure projects, and how these differ from the perceptions of the affected herders.

“The results revealed that the herders’ level of participation in the EIAs and the benefits and challenges of participation are perceived differently. Furthermore, the regulatory framework does not adequately ensure that the developer carries social and environmental responsibilities throughout the infrastructure project’s lifecycle, and that regular communication with herders will also be maintained after the EIAs,” explains Landauer. “Ideally, a participatory approach to decision making can improve the means of social learning for all involved parties and aid in the collaborative development of sustainable solutions.”

A model for better global cooperation

The idea of collaborating to solve otherwise seemingly unsurmountable problems is by no means a new concept when it comes to governance issues in and between Arctic states.

According to Lassi Heininen, a researcher with the AFI and professor of Arctic politics at the University of Lapland, there has been constant cooperation on environmental protection, science, and sustainable development between the Arctic nations since shortly after the Cold War ended almost 30 years ago. Heininen explains that the high geopolitical stability is likely due to the common interests of the Arctic states to decrease military tension and increase political stability, which ultimately makes cooperation on environmental protection possible. 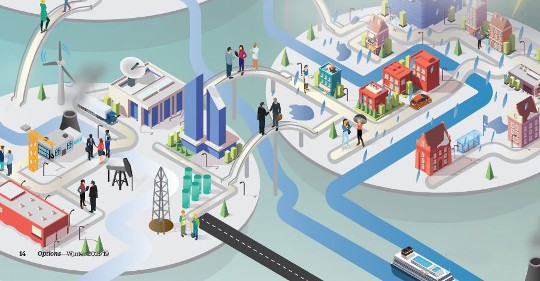 “The Arctic states have reconstructed their reality of post-Cold War geopolitics by going beyond traditional power (meaning force) and implementing discursive, soft power based on knowledge and dialogue between different stakeholders, as well as the interplay between science, politics, and business. It has been very successful, and could serve as an example, or even a model, for stability-building worldwide,” he says.

To this end, AFI researchers have started a systematic analysis and synthesis of existing policies, strategies, and agendas of Arctic states, the Arctic Circle’s observer countries, other observers, and relevant stakeholders. This comparative study aims to review and analyze the special features of Arctic geopolitics and relevant indicators for common interests, resilient cooperation, and high stability.

The Arctic is more impacted by global warming than any other place on earth. One of the factors that significantly contributes to this is black carbon (or soot) emissions resulting from the incomplete combustion of biomass and fossil fuels. When black carbon particles are deposited on snow or ice, they absorb heat from the sun, which accelerates the melting of both terrestrial and sea ice. Although it is clear that reducing black carbon pollution holds some potential for climate change mitigation, especially in the Arctic, in order to take effective action we have to know where it is coming from.

Researchers from the Air Quality and Greenhouse Gases Program have been investigating the impacts of black carbon and developing better methods to trace its sources for almost a decade. They have been actively contributing to the “Action on Black Carbon in the Arctic” initiative – an EU project that contributes to the development of collective responses to reduce black carbon emissions in the region. Their work has informed and supported processes aimed at setting clear commitments and targets for reducing black carbon emissions and enhancing international cooperation on black carbon policy in the Arctic.

The accelerated rate of sea ice melt is also greatly altering Arctic terrestrial ecosystems and changing both the local landscape and water cycles. During the past summer, Merrit Harlan, a participant of the Young Scientists Summer Program at IIASA, worked with researchers from the Water Program to improve terrestrial modeling of the Arctic. Using a large-scale open-source hydrologic model, Harlan projected changes in the Arctic in terms of the flow of water in streams, rivers, other channels, and permafrost by comparing four general circulation model projections spanning both a historical and future period. The tentative results of her study confirm that the water cycle in the Arctic is intensifying at an unprecedented rate, particularly permafrost melt and the flow of freshwater into the Arctic Ocean. This could have an unpredictable effect on the climate and can contribute to further intensifying the melting of sea ice.

Although the rapidly retreating sea ice in the Arctic represents a significant threat, from a strictly economic point of view, it also represents some major opportunities for Arctic states.

The Arctic contains a wealth of untapped natural resources, which represent tempting short-term economic benefits. The warmer winters and melting sea ice are extending the periods of ice-free waters in the region. This is improving accessibility to Arctic ports, and reducing the costs of oil and mineral exploration and exploitation, while also opening up faster transport routes connecting the Atlantic and the Pacific.

While economic benefits of the opening up of Arctic routes to shipping and extracting the previously untapped resources under the melting ice are clear, there is however also a very real possibility that the environmental factors that caused these opportunities will be further exacerbated by utilizing them.

IIASA scientists have identified a need for a comprehensive multi-dimensional assessment of possible futures of shipping in the Arctic, as well as its consequences for the global economy and environment. This was also one of the topics discussed and supported by the community of the Arctic Circle conference in 2018. Employing systems analysis and scientific advice will be vital in helping decision makers to gain better insight into the factors that will influence the decisions they now have to make, and of which the implications will likely be felt for decades.

The Arctic Futures Initiative at the Sixth Arctic Circle Assembly