Seasonal pumped-storage – the answer to water and energy security? 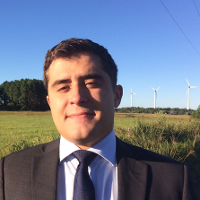 Q What is seasonal pumped-storage?

A Pumped-storage is a form of hydropower used for storing energy to guarantee that electricity supply meets demand, especially during peak hours. It is normally used in daily cycles to store energy from inflexible power plants–such as coal and nuclear–at night, and to generate power during the day. The future of this type of short-term storage is uncertain as batteries become more efficient and less expensive.

Seasonal pumped-storage (SPS) on the other hand can be used for the short, medium, and long-term storage of intermittent renewable sources of energy like wind and solar that have hourly, daily, weekly, and seasonal variations.

Similar to conventional hydropower dams, SPS not only stores large amounts of energy, but also water. It consists of a reservoir that lies parallel to and higher than a major river. During periods of low energy demand or high water availability, water is pumped into the reservoir. It is released from the reservoir to generate electricity when energy demand is high or water scarce. Projects that focus on energy storage should have a large height difference between the river and the upper reservoir, while the ones that focus on water storage should have a small height difference, to store both energy and water.

Q What exactly do you research?

A I published a paper comparing SPS with conventional dams. The main finding is that SPS requires considerably less land to store energy and water. This is because the reservoir level can vary markedly more than in conventional dams. It also involves fewer social and environmental impacts as the reservoirs are built in mountain ranges rather than in the main river.

I am currently working on the world potential for SPS. Preliminary results show that there are regions in the world where energy can be stored for US$3/MWh, which is cheaper than storing energy with natural gas. I also found that SPS is an affordable alternative to manage water resources in locations with high evaporation rates and inappropriate topographies for conventional dams.

Q How did you get interested in such plants?

A During my D.Phil. at Oxford, I developed a decision support system to find the best alternatives for energy in the UK looking at a water perspective. I found that wind power is a good solution, but it requires storage. I looked at possible sites for large-scale pumped-storage plants in Scotland and found that if the deep lochs were used as a lower reservoir, and surrounding mountains as upper reservoirs, they could store huge amounts of energy and make wind power a viable solution. During my postdoctoral research in Brazil, I thought of combining large-scale pumped-storage plants with the operation of the existing hydropower plants. It proved to be a very good combination that I later named seasonal pumped-storage.

Q Why is seasonal pumped-storage important to Brazil?

A Most electricity in Brazil is generated by hydropower and the country suffers an energy crisis every 10 to 15 years due to countrywide droughts. SPS is a possible solution for this issue. During years with abundant hydropower generation, some of the wasted hydropower potential can be stored and then used in dry years to guarantee the supply of electricity.

Rice and reason: Planning for system complexity in the Indus Basin