Options Summer 2019: The results of a recent IIASA study highlighted the importance of understanding the balance between the production of biofuel and impacts on land and water. 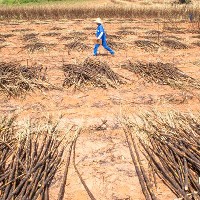 Biofuels could potentially play a significant part in efforts to combat climate change. Besides offering a replacement to fossil fuels, they also absorb carbon dioxide as they grow. Significantly increasing our reliance on biofuels could however be overtaxing on land and water resources.

To maximize the effectiveness of biofuels, we must first understand the proper balance between production and impacts on land and water. Nowhere is this energy-water-land nexus more evident than in Brazil, the world’s second largest producer and exporter of biofuels. The country aims to increase its biofuel production by 18% over the next decade.

Researchers found that there is a clear difference between irrigated and rainfed ethanol production. In addition, the study revealed that analyzing water and land scarcity produces significant differences. This information will be useful as Brazil expands its bioenergy sector.

“Clearly, biofuels can play an important part in reducing our dependence on fossil fuels,” explains Laixiang Sun, a researcher in the IIASA Water Program. "By evaluating the trade-offs across the energy-waterland nexus at the state level and taking into account the local stress levels of water and land resources, our research reveals more options for planning sustainable bioenergy production in Brazil."