Exploring the economics of climate change

Options Summer 2020: Climate change not only poses a threat to the planet and to people, it is also affecting economic stability. IIASA researchers are investigating how this can be addressed and what it will cost. 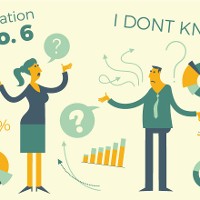 A decade ago, three of the world’s great wheat-growingregions were struck, in the same year, by separate
weather disasters. Russia endured a heatwave that
affected over a third of its cultivable land. Harvest
rains reduced Canada’s wheat quality to that of animal feed. In Western Australia, intense drought shrank wheat production.

Normally, regions buffer each other. But this time,multiple failures led to export bans. Prices spiked.
Hunger, a disaster in itself, can have knock-on effects such as political unrest and migration. It would therefore be useful to know whether, as climate changes, extreme weather will increasingly affect multiple places at once.

IIASA researcher Franziska Gaupp has shown that this is already happening. Gaupp’sresearch is part of a growing body of IIASA research that can help policymakers andcommunities take the right action in response to climate change as it gathers pace, increasingly puts pressure on systems, and threatens survival.

Gaupp gathered rainfall, temperature, and solar radiation data going back to 1967, as well as soy, maize, wheat, and rice yield data for the major agricultural breadbaskets of the world. She found that the likelihood of the weather being bad enough to impact crop yields in more than one place has increased over time.

For example, the chance that wheat crops would fail simultaneously in the breadbaskets she had chosen was 0.3% before 1990 and 1.2% afterwards; while the chance of wheat failing in three or four breadbaskets in the same year rose by 16%.

It wasn’t all bad news, however. Simultaneous outbreaks of extra solar radiation boosted rice harvests around the world between the two periods, reducing the chances of multiple failures from 21% to 12%.

This trend is likely to continue. Gaupp modeled the chances of simultaneous failures under global temperature rises of 1.5°C and 2°C. A cap at 1.5°C reduced the risk of multiple failures by about a quarter for each crop.

“Climate has an impact on yields, and then this impacts prices; prices can have policy implications like trade bans or a change in policy towards crop storage, while huge price spikes can become a humanitarian crisis,” she says.

The impacts of climate change can’t always be expressed in economic terms, but one advantage of assessing the financial impact is that it helps determine whether it is cheaper to cut emissions and take adaptive measures – or to do nothing, and just absorb the cost of the damage.

To answer this question, researchers must include in the same model the costs of cutting carbon emissions (mitigation), adaptation, and building climate resilience, as well as the costof the destruction that will ensue if we do none of these things, and the residual damage that will happen even if we do. IIASA researcher Thomas Schinko led an international research team costing the potentially huge financial impacts of coastal flooding due to rising seas. The problem is that the cost of fighting coastal flooding is also high in terms of cutting emissions, and building defenses and resilient infrastructure. 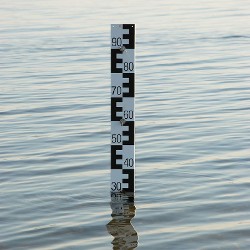 “Sea level rise is one of the highest climate-related risks because you have so many effects related to it, like coastal erosion, flooding, storm surges, and the intrusion of salt water into agricultural land,” says Schinko.

The team used different economic models to compare two scenarios – the costs to global GDP of coastal flooding and storm surges if the world invests in capping temperature rise below 2°C; and the same costs if current policies continue and temperature rises further. At the same time, they considered the effect on GDP of building dykes along the world’s coastlines.

In the first half of this century, capping temperature makes little difference to the economic burden of coastal flooding. Adaptation, however, more than pays for itself, with GDP suffering more if we don’t adapt than if we do.

The picture however changes dramatically after 2050, when strong mitigation and adaptation leave us better off economically in the decades leading up to 2100 than doing nothing. In GDPterms, it’s a global loss of 0.5% compared with 4%.

“We have to think long-term but act swiftly” — Thomas Schinko

"The problem with this kind of conclusion is that it assumes that the people of today care about the people of 2100. If you are short-term orientated and you say: I don’t care about climate change beyond 2050, then you have a high “discounting rate” and you are blind to the need to mitigate. If you do care about the future, then in the extreme case, what happens in 2100 has equal weight for you as what happens next year. Most people lie somewhere in between,” comments IIASA researcher Fabian Wagner.

It matters because it influences political decisions about fighting climate change. Modelers can help by putting assumptions about how much the average person socially discounts the future into economic models. For example, a model could be asked what needs to be done now to ensure that the people of 2100 have sufficient food.

Wagner and his team found some deficiencies in current models. Population projections, forexample, have not taken account of the dawning realization that fertility is not declining as swiftly as anticipated in sub-Saharan Africa.

By refining inputs such as these, the group has shown that, even to ensure a minimal level of economic welfare for the people of 2100, we need to cut our emissions far more aggressively, accelerate human and economic development, and reduce fertility levels.

“If we make the demographic transition quickly,” says Wagner, “we can spend less on climate mitigation.”

Climate change and the threat to global breadbaskets