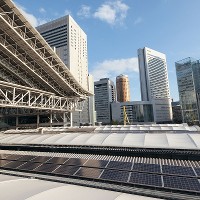 Countries the world over are looking to mitigate the effects of climate change. Japan, one of the world’s largest producers of carbon emissions, wants to reduce emissions by more than half by 2050, but faces many challenges in meeting this goal.

The country lacks significant domestic reserves of many fossil fuels and is heavily dependent on imports. The nation also faces an uncertain future in terms of its own energy technologies, particularly after the 2011 earthquake and tsunami that led to the Fukushima disaster and damage to several other nuclear reactors. Despite these challenges, there is promise that mitigation efforts could lead to an 80% reduction by 2050.

In their study, Shinichiro Fujimori, a researcher in the IIASA Energy Program and his coauthors applied a general equilibrium energy economic model that considered alternative scenarios for nuclear power, energy efficiency, technology availability, and the price of fossil fuels. They found that achieving the mitigation target was feasible for all scenarios and could lead to an energy consumption decrease of 39%–50%, a 28%–57% increase in shares of low-carbon sources, and as much as 16% increase in shares of electricity in the final energy supply.

"Our data shows that an emissions reduction target of 80% by 2050 is feasible without nuclear power or carbon capture and storage,” explains Fujimori. “Perhaps more importantly, this data shows that expansion of renewable energy resources can be offset significantly by the economic impact of these efforts.”