Options Winter 2021: Scenarios are essential for exploring climate change. These stories of future Earth help to reveal how we might prevent global tragedy. 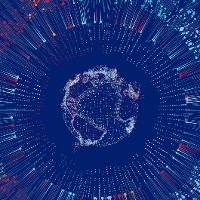 We need climate scenarios because the future is uncertain and complex. We cannot know what will happen to populations, international relations, societies, economies, ecosystems, and technologies. Much of the uncertainty comes from today’s choices, which can only be explored by posing “what-if” questions. So climate scientists have become storytellers, crafting consistent plotlines that span a range of futures and compare policy outcomes. Some of these scenarios have grisly ends; others are hopeful but risky; and some of the latest are telling a new kind of mitigation story, which turns out to benefit both climate and economy, and might be more feasible too.

The world’s a stage

The storytelling tradition goes back several decades… but let’s skip the prologue. In 2000, the Intergovernmental Panel on Climate Change (IPCC) published its landmark Special Report on Emissions Scenarios (SRES), led by then IIASA Transitions to New Technologies Program Director, Nebojsa Nakicenovic. This laid out shared scenarios, which would allow research teams to base their studies on well-established plot outlines, and compare results more easily. It started with four broad storylines. The A1 world sees rapid economic growth, technological progress, and internationalism, with regional incomes converging. B1 adds a shift to cleaner technologies and service economies. A2 tells of stronger regional differences, with higher population growth. B2 imagines more focus on local solutions to sustainability.

Each storyline yields some detail on climate drivers such as GDP and energy efficiency. These numbers were fed into various integrated assessment models (IAMs), which combine economics, demographics, energy systems, and climate, to generate full scenarios – projecting how the global system of systems might evolve.

The conclusion was grim. The IPCC’s third assessment report in 2001 revealed that an A2 world was heading for catastrophe, probably warming by more than 4°C relative to preindustrial levels. Even in the most climate-friendly storyline, B1, scenarios clustered around warming of roughly 2.5°C – still a sorry scene for the planet.

In the 2010s, researchers created a more sophisticated set of stories, based on a matrix framework with one axis for emissions, and another for socioeconomic possibilities.

Four Representative Concentration Pathways (RCPs) present a range of climate futures, running from hot to cool: from very high emissions in RCP 8.5 down to what was then considered an ambitious mitigation pathway, RCP 2.6. The numbers labelling each RCP give the climate forcing in 2100, that is, the Earth’s energy imbalance owing to human greenhouse gas emissions, in watts per square meter.

On the other axis of the matrix, the Shared Socioeconomic Pathways (SSPs) tell of five future worlds. SSP1 is a sustainable, equitable path, with a focus on wellbeing over wealth. SSP2 is a middle-of-the road tale, with moderate improvements in efficiency and sustainability, but with trends mainly following historical patterns. SSPs 3, 4, and 5 respectively tell of regional rivalry, inequality, and fossil-fueled development.

To develop a detailed scenario, you choose one SSP (the setting of the story) and constrain emissions according to one RCP (the story arc). Then a model can try to work out the most cost-effective set of mitigation options that fit both pathways.

Sometimes, that is impossible. For example, there is no way to force the SSP3 regional rivalry story to be compatible with RCP2.6. This is a crucial insight from the matrix era: a wrong turn in global socioeconomic development would make deep mitigation impossible.

The Paris Agreement gave scenario-makers a clear and specific goal: limit global warming to well below 2°C, preferably 1.5°C. But by aiming at the Paris goals only at the end of the story, in 2100, almost all recent pathways and scenarios have taken us on a narrative rollercoaster. They overshoot temperatures in the middle of the century, then swing back down by requiring that global emissions go net-negative. This requires carbon removal technologies, such as bioenergy with carbon capture and storage (BECCS), on a huge scale.

This is a risky plot device, letting the world stray into danger and then expecting the cavalry to ride in and save us. While carbon removal is likely to be an essential mitigation tool, it might turn out to be unfeasible at the scale required by this narrative. Meanwhile, there would be serious impacts during the overshoot, increasing climate hazards for millions. A temporary temperature rise could also lead to permanent shifts in climate or ecology. Once a species or an ecosystem has gone extinct, no amount of negative emissions will bring it back.

Such an adventure into unknown territory may make for an exciting story, but that’s not what the planet needs right now. In 2019, a team led by IIASA researcher Joeri Rogelj set out principles for telling more soothing stories, which pay attention to the journey as much as the ending. In their framework, the goal is to limit peak temperature. Emissions cuts bring the world to netzero without breaking the carbon budget, which means there is no temperature overshoot.

As well as reducing climate hazards, this could bring economic benefits. Avoiding overshoot needs ambitious, rapid mitigation in the short term, and that takes a lot of investment – but it pays off in the longrun, according to a study by IIASA Energy, Climate, and Environment Program Director, Keywan Riahi and colleagues. Scenarios avoiding overshoot lead to higher global GDP by the end of the century. That is without even allowing for the economic impacts of climate change, which would be worse in overshoot scenarios.

Recent scenarios confirm a more general point: action is urgent. The study found that unless countries strengthen their short-term climate commitments (Nationally Determined Contributions), then 1.5°C is out of reach. Moving fast may also be more feasible. A study by IIASA researcher Elina Brutschin and colleagues examined pitfalls that could derail mitigation, such as ineffective governance and stranded assets, and found that rapid early mitigation lessens such concerns.