Impact Sheet #10, November 2014. Population research at IIASA is interdisciplinary and thus looks beyond the traditional bounds of demography to study how development of human capital helps to address social, economic, and environmental challenges. These interactions, which emphasize human capital formation, are among the most important challenges facing IIASA demographers today. 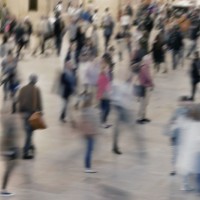 In the mid-2000s IIASA and the Vienna Institute of Demography (VID) of the Austrian Academy of Sciences developed projection methods able, for the first time, to reconstruct populations by age, sex, and level of educational attainment for 120 countries. Back projections cover 1970–2000; forward projections, 2005–2050. These new data allow scientists to view how different education levels influence mortality, fertility, human capital, and the effects of age-specific human capital growth on economic growth.

New IIASA global population projections, published in October 2014, incorporate the best substantive knowledge available in the international scientific community through the involvement of over 500 population experts worldwide. They also explicitly and systematically incorporate population heterogeneity by level of education to illustrate how educational attainment can and should be routinely added to age and sex as a third demographic dimension.

Changes in life expectancy and health status in the 21st century have made traditional
demographic measures inadequate. IIASA is conducting innovative approaches to depict
population aging more realistically. One of the approaches defines the threshold of being old based on characteristics (increasing longevity, or health, for instance, and not on their chronological age). It has enormous potential for redefining sectoral policies in the context of rapidly aging societies.

9 billion or 11 billion? The research behind new population projections