Education and health, particularly for women, should be the priority focus of new population policies for the 21st century, according to a growing body of research from IIASA demographers. 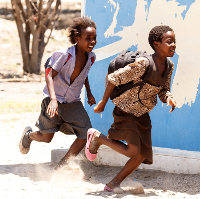 Population polices for sustainable development should move away from a narrow focus on fertility rates and reproductive health services , and instead focus more comprehensively on human capital, including education and health, argues IIASA World Population Program Director Wolfgang Lutz in a new publication in the journal Population and Development Review.

The commentary draws on a broad base of research from scientists at IIASA and the closely affiliated Wittgenstein Centre for Demography and Global Human Capital (Austrian Academy of Sciences, WU and IIASA), which Lutz also heads, as well as independent research from other institutions. It comes just in advance of the 22 September United Nations special session to review the International Conference on Population and Development (ICPD) Program of Action, which will set the agenda on global population policy beyond 2014.

The original ICPD Programme of Action, set in 1994, was widely perceived as moving the emphasis of population policies away from aggregate level goals and demographic targets, instead highlighting the importance of individual reproductive rights and health. In the new article, Lutz broadens the perspective and proposes a population policy rationale that is equality valid for high fertility developing countries and low fertility countries that are increasingly concerned about population ageing and even shrinking. It is to strengthen the human resource base for national and global sustainable development.

Lutz says, “It is not primarily the number of people that’s important in population policy, it’s what they are capable of, their level of education, and their health.”

What is a desirable fertility rate?

“Most people think that replacement-level fertility is desirable. But this is not true if you account for education, migration, and other factors such as savings,” says Lutz. In fact, he says, countries such as Germany and Austria that have cohort fertility levels around  1.5-1.7 children per woman, may in the long run be better off economically than countries with  fertility  around replacement level if education is further improved.

Recent research from IIASA and elsewhere has shown that in fact, countries with lower fertility and  a better educated population have greater productivity, a lower cost for providing capital, less unemployment, and a healthier workforce that in general retires later.

Decreasing population growth has long been thought to boost economic development, a tenet known as the “Demographic Dividend.” But in another recent study, IIASA researchers showed that in fact, the observed economic growth in developing countries as they underwent a demographic transition could be primarily attributed to  increases in the levels of education. This is because better education of young  women directly leads to lower birth rates and at the same time a better educated work force leads to higher productivity. More information: Education—not fertility—key for economic development
Study: Demography

Another major point in traditional population policies has been on access to contraceptives and family planning. Around the world, many women say that they want fewer children, but do not use contraceptives. But while access to contraceptives is clearly important, research suggests that access is often not sufficient to change behavior. : Many women identify health concerns and moral opposition to family planning (their own, or their families and husbands) as the reasons for not using contraception. Empowerment through education of women and girls is a key component allowing women to determine for themselves how many children they have. And everywhere in developing countries more educated women want fewer children and also have fewer children. In Ghana, for instance, women without education have on average 5.7 children, while women with junior secondary education have  3.2 and women with post-secondary education only 1.5.