In August, IIASA leadership and researchers joined world leaders and academics in Alpbach, Austria to discuss the most pressing problems of our time at a meeting of the newly formed Alpbach-Laxenburg Group. 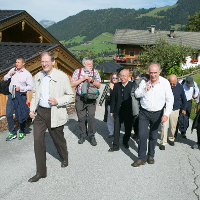 As strategic partners, IIASA and The European Forum Alpbach (EFA) last year launched a new generation of think tank called the Alpbach-Laxenburg Group. This group held a high level retreat during the Political Symposium of the 2014 Alpbach Forum, to debate the global issues of sustainable development, with an initial focus on inequality and equity.

The Alpbach-Laxenburg group, containing great minds from all corners of the globe, spent a day together hiking the Tyrolean mountains, visiting the last working mill in Alpbach and working in seminars high up in the inspiring atmosphere of Böglhof. Produced by the Media Academy of the European Forum Alpbach.

The European Alpbach Forum brings together participants from all over the world and from different disciplines, and IIASA scientists participated in a number of events - detailed below.

The workshops involved participants in a decision-making game which brought together planning for the future of a village, including for potential disasters.

Video: Watch a video from the workshop showing the participatory decision-making game, "About that Forest."

The participants discussed current critical developments in the higher education institutions in Europe and the role they can and want to play under these new conditions. The symposium particularly focused on the question how universities can prepare their students for an ever-changing world.

As strategic partners, IIASA and EFA have again this year co-organized the Political Symposium, where participants from around the world discuss how united global action is required for issues such as human security, adaption to and mitigation of climate change, energy markets, and food security.

The symposium concluded with a plenary session on Inequality and sustainable global governance. 26 August 2014, 09:00-12:30

In this session members of the Alpbach-Laxenburg Group debated one of the most pressing issues of world sustainable development and global transitions inequality and equity, in areas such as intergenerational justice, climate and energy. The first session focused on Generational Inequality followed by a session on Inequality in Energy and Climate. 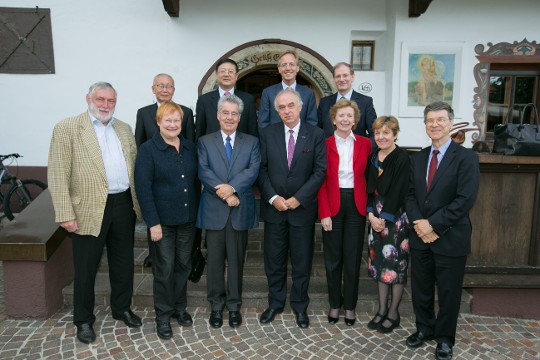 During the political symposium, leading minds from academia, governments, business and civil society participated in a high level retreat of the Alpbach-Laxenburg Group. The group discussed how positive narratives for sustainable development can be created and communicated to address the issue of inequality.

Early conclusions from the retreat were presented to H.E Federal President Heinz Fischer during a special breakfast with some of the Alpbach-Laxenburg Group members.

Agenda and the ALG Program 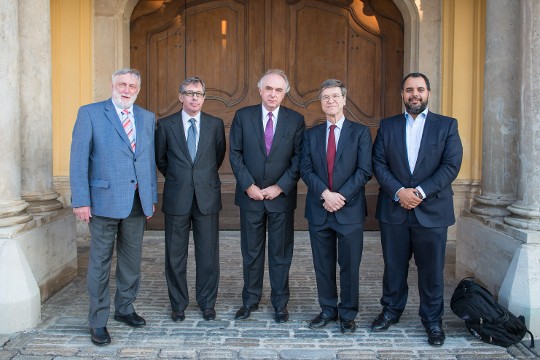 A new global think tank led by IIASA and the European Forum Alpbach argues that tackling inequality is key to sustainable development. More

Presentations from the plenary sessions