A workshop at IIASA brought together international researchers to examine the big picture of climate change impacts around the world, and make a new research plan to hone in on the major remaining questions. 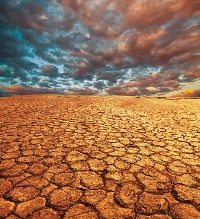 The meeting, held from 2-5 March, was held as part of the Inter-Sectoral Model Intercomarison Project (ISI-MIP), now in its second phase. The first phase of ISI-MIP led to publication of a number of studies (published in a special issue of the  Proceedings of the National Academy of Sciences) identifying for the first time the extent of climate change impacts on agriculture, ecosystems, water, and health. However, it also made clear how much uncertainty remains about the effects of climate change.

IIASA Director General and CEO Professor Dr. Pavel Kabat, who participated in the meeting and is a member of the project, said, “IIASA has a history of being on the forefront of transdisciplinary systems thinking. I’m very glad we can contribute to ISI-MIP, a ground-breaking interdisciplinary and international research project.”

In the second phase of ISI-MIP, which is jointly coordinated by IIASA and the Potsdam Institute for Climate Impact Research (PIK), the researchers are expanding the project to additional sectors including energy, permafrost, fisheries, and forestry. They also aim to intensify the connections between sectors, and to focus on extreme events and variability. The project has also grown, from a comparison of around 30 models related to climate change impacts, to involving over 90 modeling teams around the world.

“Many decision makers prefer to turn a blind eye to global warming consequences, while many scientists tend to focus on very specific aspects of climate change’” said PIK Director Professor Dr. Hans Joachim Schellnhuber. “The second phase of ISI-MIP aims to substantially enhance the integrative analysis to reveal both synergies and trade-offs across sectors and identify the smartest approaches to minimizing the impacts of climate change.”

Katja Frieler, a researcher at PIK and ISI-MIP lead said, “We live in a world where CO2 emissions are still increasing. Global warming has reached a new record in the last year. In the end, it’s all about society taking a decision to act. It’s not our decision as scientists. But whichever pathway society chooses, it’s our role to ensure that they know about the consequences. That’s why we have to draw this picture of impacts, within sectors and across sectors.”

NASA scientist Cynthia Rosenzweig, leader of the Agricultural Model Intercomparison Project (AgMIP) said, “Each sector has a lot of work to do. ISI-MIP is really about the cross-sectoral issues, which are the major issues for climate impacts.” She also pointed out major questions related to how climate would affect the linkages between agriculture and energy, between water and agriculture, and agriculture and health. 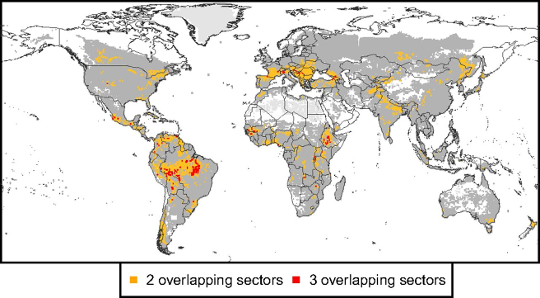 Some areas of the world are at especially high risk from combined climate change impacts on multiple sectors, for example water availability, crop yields, ecosystems, and health, according to one study published during the first phase of ISI-MIP. (Piontek, F., Müller, C., Pugh, T.A.M, et al. (2013): Multisectoral climate impacts in a warming world. Proceedings of the National Academy of Sciences)

During the four-day workshop at the institute, researchers highlighted first results from modeling efforts across diverse sectors, from water, agriculture, forestry, biodiversity, and fisheries and marine ecosystems. They also met in sector-specific workshops to discuss the challenges for research within sectors, and participated in sessions aimed at cross disciplinary and cross-sectoral dialogue.

The researchers also discussed next steps for the project, including not just which research questions to focus on within the project, but also how to improve the communication between climate impacts researchers and policymakers. Participants pointed out that communication can even be important at the research design phase, in selecting the questions that policymakers want to have answered and providing scientific input in a way that is useful for governments to make decisions.

IIASA Risk, Policy, and Vulnerability Program Director Joanne Bayer said, “Policymakers are responding to constituencies of course. You have to understand the communities you’re talking to, not just one, all of them, and how you are going to communicate with them.”

The ISI-MIP cross-sectoral workshop brought together the ISI-MIP community from all over the globe.