IIASA welcomes the nomination by the Austrian government of the Institute’s Deputy Director General Nebojsa Nakicenovic to serve as Chair of the Intergovernmental Panel on Climate Change (IPCC). 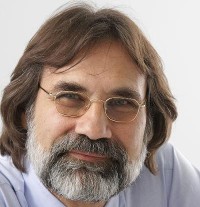 On 9 July the Austrian Federal Ministry of Agriculture, Forestry, Environment and Water Management (BMLFUW) nominated Professor Dr. Nebojsa Nakicenovic as a candidate for Chair of the IPCC. “Univ. Prof. Dr. Nebojsa Nakicenovic is the ideal candidate for this highly influential position. He is one of the world's most renowned scientists in the field of climate change and has shown strong leadership during his tenure at IIASA,” the Austrian Federal Minister of Agriculture, Forestry, Environment and Water Management Andrä Rupprechter explained.

Professor Dr. Nakicenovic is Deputy Director General/Deputy CEO of IIASA and former Professor of Energy Economics at the Vienna University of Technology. He has served in various roles with the IPCC since its inception, including the most recent assessment report (AR5) delivered in 2015. His leadership of a major report on greenhouse gas emission scenarios for the IPCC in 2000 involved the development of emissions scenarios that are still widely used to project how emissions will affect future climate. He was also the Director of the Global Energy Assessment, the first ever fully integrated assessment of global energy challenges. Most recently he led the Austrian Panel on Climate Change Assessment Report, which represents the first comprehensive analysis of climate change in Austria, including climate impacts, vulnerability, and mitigation options for the country.

IIASA and the IPCC
IIASA research has featured prominently in the work of the IPCC since its beginnings. Nineteen IIASA researchers, including Nakicenovic, contributed to the IPCC Fifth Assessment Report, which was released in 2013 and 2014. New scenarios developed in large part at IIASA, the Shared Socioeconomic Pathways (SSPs), have been adopted to support the next edition of the report. In addition, IIASA hosts several databases for the climate research community, including the SSP database, and the Representative Concentration Pathway (RCP) database which was used in AR5.

Candidates for the IPCC Chair are nominated by the member countries of the IPCC; however, the Chair is elected on personal merit and does not represent any country. The election will take place during the 42nd Session of the IPCC in Dubrovnik, Croatia, from 5th to 8th of October 2015.

The Intergovernmental Panel on Climate Change (IPCC) was established by the United Nations Environment Programme (UNEP) and the World Meteorological Organization (WMO) in 1988 to provide the world with a clear scientific view on the current state of knowledge in climate change and its current and potential environmental and socio-economic impacts.  The   IPCC   Assessment   Reports   have contributed significantly to the establishment of the  United  Nations  Framework  Convention  on  Climate  Change  (UNFCCC),  the  Kyoto  Protocol,  and  for  the ongoing of  post-Kyoto discussions. In 2007, the IPCC was awarded the Nobel Peace Prize.

Press Release from the Austrian Government