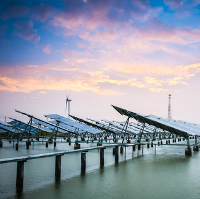 “The IPCC AR5 clearly demonstrates that adaptation and mitigation are becoming more urgent. It is still not too late, but any further delays in avoiding dangerous climate change render our actions more difficult and costlier,” says IIASA Deputy Director Nebojsa Nakicenovic, a lead author on the new report. “At the same time, stabilization of climate change at two degrees will bring huge potential co-benefits for human development and well-being while avoiding exceeding planetary boundaries such as the ocean acidification and loss of biodiversity.”

IIASA Energy Program leader Keywan Riahi says, “Compared to the AR4, this report has a much better characterization of uncertainties. For the first time we used a probabilistic approach, assessing for different scenarios the likelihood of limiting global temperature rise to two degrees.”

IIASA researcher Volker Krey, another lead author on the report, says, “We are not doomed. If we want to limit climate change, there are a lot of possible ways to do this.”

The dangers of delay
The new IPCC report reflects a growing body of IIASA research that emphasizes the repercussions of waiting to introduce stringent climate policy. For example, recent studies published in the journals Nature and Nature Climate Change show that delaying climate action would make the possibility of reaching the 2°C target less likely and more expensive. This  research also examines the uncertainties around reaching these goals.  Read more>>

Technology is key
The availability and choice of energy technologies will also play a key role in climate mitigation, IIASA research shows. While carbon-free energy sources such as wind, solar, and nuclear energy will play an important role, the research shows that Carbon Capture and Storage (CCS), a still uncertain technology that would capture carbon dioxide emissions and store the gas underground, could make all the difference in meeting climate targets, particularly if climate action does not take off until 2020 or 2030.  Read more>>

The new report also highlights IIASA research showing that actions to mitigate climate change would be beneficial not just for the climate, but also for reducing air pollution and improving health. Research published in the 2012 Global Energy Assessment, for example, showed that jointly addressing climate change and air pollution would be cheaper in the long run than addressing each goal with separate policies. Read more>>

In addition to extensive research, IIASA serves as the repository for two IPCC databases: the IPCC Scenarios database and for the historical database on energy and emissions. These data are fully public for researchers and other interested parties.

“It’s a matter of transparency,” says Riahi, “People can reproduce and replicate what has been summarized in the report.”