IIASA Deputy Director General Nebojsa Nakicenovic has been awarded one of the top honors in Austria. 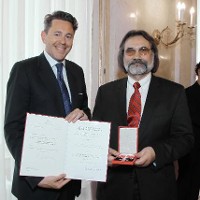 Nakicenovic yesterday was awarded the “Grand Decoration of Honor in Silver for Services to the Republic of Austria,” by the Austrian Federal President Dr.Heinz Fischer). The award is given to those who have “distinguished themselves and earned general acclaim through especially superior creative and commendable services in the areas of the sciences or the arts.” The award is intended to honor those who have provided an outstanding public benefit or excellent services to the Republic of Austria.

Nebojsa Nakicenovic is Deputy Director General/Deputy Chief Executive Officer of the International Institute for Applied Systems Analysis (IIASA), and former Professor of Energy Economics at the Vienna University of Technology. Nebojsa Nakicenovic was a Project Leader of the Austrian Panel on Climate Change Assessment Report (APCC), Director of the Global Energy Assessment (GEA) (2006-2012), and has been engaged in the work of the Intergovernmental Panel on Climate Change (IPCC) in various roles over the past 25 years. Read more>> 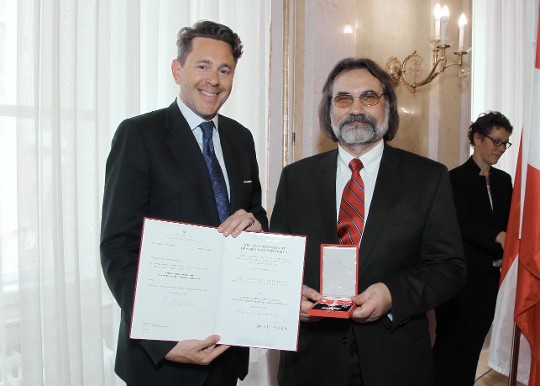