A new data set provides a comprehensive look at population dynamics in Europe, including the influence of migration on population growth and the effect of population aging. 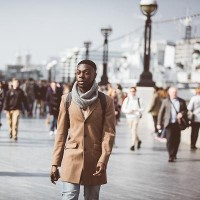 The European Demographic Datasheet 2016, produced by demographers at the International Institute for Applied Systems Analysis and the Vienna Institute of Demography, provides a comprehensive look at key demographic indicators and main population trends for all European countries, including population projections for 2050.

Available freely online, the data cover fertility, mortality, migration, and population structure including population aging, for all countries of Europe and for broader European regions, Japan, and the USA. The datasheet features maps, population pyramids, tables, graphs and thematic boxes highlighting selected topics, including adjusted indicators of total fertility, pension age, and EU-wide population trends including EU population changes with and without a British exit from the EU (Brexit). It pays special attention to the importance of migration for current and future population changes across the continent, and to newly developed alternative indicators of population aging developed at IIASA. 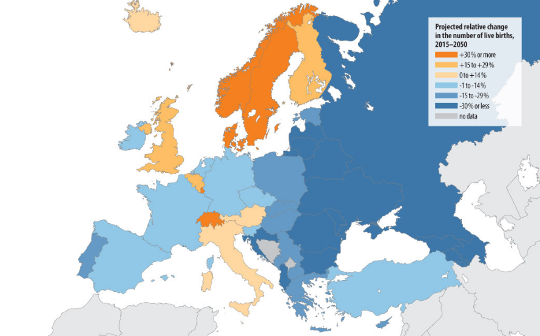 Explore maps, charts, and download the data from www.populationeurope.org

New measures of aging
The work on the 2016 data sheet was led by IIASA World Population Program Deputy Program Director Sergei Scherbov, who is also director of demographic research at the Wittgenstein Centre  (IIASA, VID/OeAW, WU). He says, “In these data, we apply our new measures of aging that take into account changing life expectancy. This changes the picture of aging in Europe drastically.” Using the new measures, Scherbov says, eastern European countries show the fastest rate of population aging in Europe, while standard indicators show a deceptively slow rate of population aging for that region.

The data sheet explores some results from the Reassessing Aging from a Population Perspective (Re-Aging) project, which Scherbov leads along with IIASA researcher Warren Sanderson. One aspect of this effort is presented on the 2016 data sheet: the concept of intergenerationally equitable normal pension age (IENPA). The IENPA is the retirement age that ensures that the balance of pension contributions and receipts is the same for each generation, and that pension systems are flexible enough to adapt to changes.

Migration makes the difference
The new data also show how migration contributes to population growth and decline in different countries, featuring the population pyramids for native and immigrant populations, and showing population trends with and without migration up to 2050.

“Migration is reshaping population trends in many European countries, with population growth increasingly driven by migration rather than by fertility rates. Some countries with low fertility, such as Austria, Switzerland, or Spain prior to the 2008 recession, have experienced robust population growth driven by immigration during the recent decades. In contrast, many parts of eastern Europe, including Romania or Lithuania, have been rapidly losing population due to intensive emigration to more prosperous regions of Europe,” says Tomas Sobotka, a senior researcher at the Wittgenstein Centre and Vienna Institute of Demography who co-led the work on the data sheet along with Scherbov.

The data sheet has been released every two years since 2006, and is a key resource for policymakers and demographers interested in EU population dynamics.

For the first time, the researchers have produced an online version of the data sheet: www.populationeurope.org. The website is optimized for mobile devices and provides expanded data coverage, additional population pyramids, ranking charts, and details about data sources and definitions. All data are freely available to download.

About the Wittgenstein Centre

The Wittgenstein Centre is a collaboration between the World Population Proram at IIASA, the Vienna Institute of Demography (VID) of the Austrian Academy of Sciences (ÖAW), and the Research Institute on Human Capital and Development at the Vienna University of Economics and Business (WU).

The Wittgenstein Centre was made possible by several European Research Council (ERC) Grants and the Wittgenstein Prize 2010. In addition to existing staff, over a dozen researchers have been recruited from all over the world. Read more>>