The Paris Agreement included groundbreaking text on the need for a mechanism to help identify risks beyond adaptation and support the victims of climate-related loss and damage—but how exactly it will work remains unclear. New IIASA research lends insight to policymakers on how to move forward. 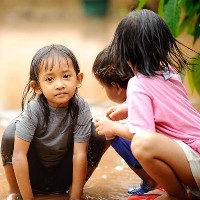 The issue of 'dangerous' climate change has been fundamental for the international climate negotiations, informing the adoption of the 2 °C and 1.5 °C goals. The question of how to deal with dangerous climate change as being experienced and perceived by developing countries and communities has been one of the most contentious questions in international climate negotiations.

“The impacts of climate change are being felt on all continents and in every ocean on the planet,” says Reinhard Mechler, a researcher at the International Institute for Applied Systems Analysis (IIASA) and the Universities of Vienna and University of Graz. In these cases, say Mechler and coauthor Thomas Schinko, countries need assistance in responding. Yet there has been a contentious debate between vulnerable countries and developed nations about the extent of such assistance and the form that it should take.

This debate was institutionalized in 2013 via the Warsaw Mechanism on Loss and Damage and further endorsed by the Paris Agreement in 2015, yet the exact remit of Loss and Damage has not been clarified. There is space for countries to come to agreement on the topic and proceed with action, say researchers. In a new article published in the journal Science, the researchers lay out a framework for loss and damage in terms of supporting measures that can help vulnerable people survive, adapt, and even become more resilient in the face of irreversible climate change impacts.

The article comes just ahead of the next United Nations Framework Convention on Climate Change meeting (COP22) in Marrakesh, Morocco, which begins on 7 November.

While the 2015 Paris Agreement aimed to limit climate change to between 1.5°C and 2°C above preindustrial levels, even this level of warming could lead to irreversible impacts for some of the most vulnerable nations, for example low-lying countries that are vulnerable to sea-level rise. There are already severe impacts today: in the small island nation of Kiribati, increasing soil salinity due to sea level rise and water intrusion is putting severe stress on agriculture to the point where food security is at stake and food imports are being ramped up strongly.

In the new paper, the researchers synthesize and build on advances in the field of climate risk analysis including work done by the IPCC in 2014, to which IIASA strongly contributed. The authors lay out a framework for identifying risks beyond adaptation, and define the policy space for loss and damage  with two sets of options where developed and developing countries could agree on international support and action in addition to support on adaptation or disaster risk management.

The  first set of options refers to support for curative measures, which  deal with unavoided and unavoidable risks.  For example, given increasing sea levels induced by climate change, there is need to upgrade coastal protection; melting glaciers increase the risk of glacial lake outbursts, for which additional protection efforts are required. At high levels of warming, impacts become unavoidable, and people may be forced to migrate, for which international legal protection is essential.

The second set of options refers to the concept of transformative risk management—that means building resilience against climate-related impacts while also realizing that people and communities will need support to learn new skills and develop new livelihoods, or even voluntarily migrate to new homes to cope with the impacts of climate change.

“When the water is up to your nose, doing just a little bit more on risk is not enough,” says Schinko. “Transformative risk management goes beyond traditional risk management –it is about people, and enhancing their resilience broadly.”

The analysis also provides a stark view of the potential impacts at higher levels of warming such as 3°C and 4°C above preindustrial levels. Given that the world is currently not on track to meet the temperature target set in Paris, the question of climate adaptation, and loss and damage that is beyond adaptation, could come to the forefront of the debate.

The paper is based on recent advances in risk science, which the researchers say has an important role to play in the debate on the topic in Marrakesh. Mechler says, “This is a way to work towards consensus and principled action for dealing with critical climate related risks. Also, our work underlines the need to sustain and ramp up efforts for tackling greenhouse gas, as well as support for tackling risks beyond coping capacities enforced in tandem with climate adaptation and disaster risk management.”

Implications of these findings will be presented at a side event with negotiators, NGOs and other researchers on November 7th at COP22 in Marrakesh.