A comprehensive perspective on evolutionary and ecological processes is needed in order to understand and manage fisheries in a sustainable way. 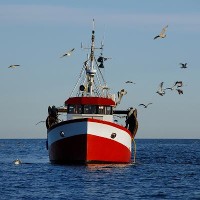 Evolutionary and ecological factors interact to influence the growth and size of fish, according to a new study published in the journal Proceedings of the National Academy of Science (PNAS). The study focuses on Northeast Arctic cod, currently the world’s largest cod stock.

Previous work by IIASA scientists and colleagues has shown that overfishing can lead to evolutionary changes in fish populations—because fishers usually harvest larger fish, fish populations adapt to the pressure of heavy fishing by evolving to mature earlier and at smaller sizes.

“This phenomenon is concerning both for the economy and the environment: economically because smaller fish means a smaller catch for fishers, and for the environment because it’s unclear what the broader impact will be of these changes,” says Anne Maria Eikeset, a researcher at the University of Oslo in Norway, who led the study in collaboration with researchers in Norway and the International Institute for Applied Systems Analysis (IIASA) in Austria.

Through a growing body of research, researchers are sorting out to what extent observed changes in fish populations are caused by non-reversible genetic changes, or evolution, and to what extent the changes are phenotypic, or influenced by the environment rather than genetics.

In the new study, the researchers addressed this question by exploring the relative impact of two factors: density dependence, meaning that when the cod population shrinks through fishing, more food is available and fish mature earlier; and life-history evolution, meaning an evolutionary change towards earlier maturation induced by the selective harvesting of larger fish. Using an eco-evolutionary model that could reproduce 74 years of historical data on age and length of maturation in Northeast Arctic cod, they found that a combination of the two factors was likely responsible for the observed changes in fish size.

Their carefully calibrated quantitative model also revealed that the cod population might have collapsed around 1980 had it not undergone some life-history evolution that made it more resilient to the high fishing pressures it experienced after World War II.

“Ecological and evolutionary dynamics do not work in isolation, but rather as part of a complex system. In order to prevent fisheries collapse, it is important to understand these dynamics and how they interact,” says IIASA Evolution and Ecology Program Director Ulf Dieckmann.

Anne Maria Eikeset was a participant in the 2005 IIASA Young Scientists Summer Program.

Are we accidentally genetically engineering the world's fish?