Models show how to limit global temperature rise to 1.5°C

There are several ways to limit global temperature rise to 1.5°C by 2100, and new research led by IIASA researcher Joeri Rogelj shows under what conditions this could happen. 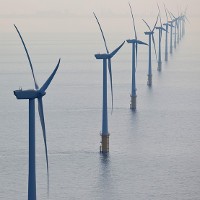 The team’s paper, published in Nature Climate Change, is the first to look at how socioeconomic conditions such as inequalities, energy demand, and international cooperation might affect the feasibility of achieving these goals, and also considers technological and resource assumptions.

“One of the goals of the Paris Agreement is to limit warming to 1.5°C, but scientific studies mainly looked at the question of limiting warming to 2°C. This study now fills this gap and explores how climate change by the end of the 21st century can be brought in line with 1.5°C of warming. Individual studies have looked at this question in the past, but this study is the first to use a broad and diverse set of models,” says Rogelj.

The researchers used six integrated assessment computer models which each attempted to model scenarios that limit warming by the end of the century to 1.5°C, under five so-called Shared Socioeconomic Pathways (SSPs). The SSPs, developed previously at IIASA and other key partner organizations, look at different ways the world and society could progress, including for example, one in which the world pursues sustainability, one in which economic and population growth continue much as they have done historically, and another in which the world pursues high economic growth with little emphasis on sustainability.

The computer models could not model a scenario that would limit warming to 1.5°C in all of the SSPs. All of the successful scenarios include a rapid shift away from fossil fuel use towards low-carbon energy sources, lowered energy use, and the removal of CO2. Strong social and economic inequalities, a focus on continued high fossil-fuel use, and poor short-term climate policies emerged as key barriers to achieving the 1.5°C goal.

“A critical value of the paper is the use of the SSPs, which has helped to systematically explore conditions under which such extreme low targets might become attainable. Our assessment shows particularly the enormous value of pursuing sustainable development for reaching extreme low climate change targets. On the other hand, fragmentation and pronounced inequalities will likely come hand-in-hand with low levels of innovation and productivity, and thus may push the 1.5°C target out of reach,” says IIASA Energy Program Director and coauthor Keywan Riahi.

In the successful scenarios, by 2030 greenhouse gas emissions have already peaked and begun a decline that continues rapidly over the following two to three decades. Zero net greenhouse gas emissions are reached between 2055 and 2075. Energy demand is limited by improving energy efficiency measures. In the SSP where economic and population growth continue as they have done historically, energy demand in 2050 for example is limited to 10-40% above 2010 levels.

Bioenergy and other renewable energy technologies, such as wind, solar, and hydro, scale up drastically over the coming decades in successful scenarios, making up at least 60% of electricity generation by the middle of the century. This marks a clear shift away from unabated fossil fuel use, without carbon capture and storage. Traditional coal use falls to less than 20% of its current levels by 2040 and oil is phased out by 2060. Negative emissions technologies, such as bioenergy with carbon capture and storage (BECCS) and both afforestation and reforestation are considered as means to additionally remove CO2 from the atmosphere.

The 1.5°C pathways created as part of the study will now be used by the wider climate change research community to run the most complex coupled climate models. This will serve as a starting point for further research, enabling better understanding of the residual impacts at low levels of global warming.

“The study provides decision makers and the public with key information about some of the enabling conditions to achieve such stringent levels of climate protection,” says Rogelj.

The researchers stress that more work will be needed. The scenarios can only take into consideration technological and economic feasibility. In the real world, other factors, such as social acceptability and international cooperation, for example, can have a large effect on feasibility. Policy advisors will need to take these into consideration.