The International Institute for Applied Systems Analysis (IIASA) and the Program for Evolutionary Dynamics (PED) of Harvard University, US, are collaborating on “Dancing with the Future”, a production that pushes the boundaries of art and science, fusing dance, evolutionary dynamics, and an interactive game. 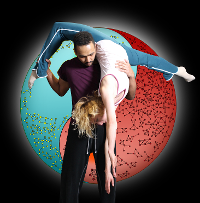 “Dancing with the Future” explores the mechanisms of cooperation and investigates a question that is at the heart of all sustainable development, yet remains widely elusive because it entails a moral component that cannot easily be assessed: are humans able to cooperate with future generations? In other words, what planet are we willing to leave behind for the people who come after us?

“We have 17 Sustainable Development Goals and scientists and policymakers around the world work tirelessly to figure out how to realize them by 2030. At the same time we know little about the fundamental question of how to cooperate with the future. That’s why artists and scientists are now joining forces,” says Gloria Benedikt, who leads the Science and Arts Project at IIASA.

“Given that future generations are unable to unable to respond to the current generation, it seems that conventional mechanisms for cooperation cannot be utilized to solve this critical problem,” says Martin Nowak, professor of mathematics and of biology at Harvard University. “But we have evidence that a large majority of people would vote for cooperating with the future if the vote was global and binding.

The production takes this evidence as a starting point. A stage game, designed by IIASA research scholar, Piotr Magnuszewski, will invite the audience to participate in order to find out whether it has the capacity to leave enough resources behind for future generations.

“Dancing with the Future” will premiere at Harvard University’s Farkas Hall on 25 September 2018 and will subsequently be presented at the International Conference on Sustainable Development, during the United Nations General Assembly, on 27 September in New York. The New York performance will be live streamed.

About Science and Arts at IIASA

Art and science are both based on the ability to imagine, inventing new methods and drawing connections to elucidate complex topics. For that reason, IIASA has launched partnerships with talented artists. We hope that these partnerships will also spark new ideas in both art and science, leading to new innovations and solutions to the problems the planet faces today.

Visit the Science and Arts page to learn more.

The Mellon Summer School for Performance Research at Harvard University