More than connecting the dots 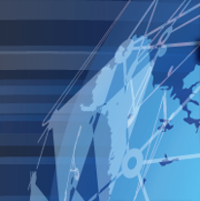 In September 2008, the collapse of Lehmann Brothers sent ripples through financial markets, destabilizing banks around the world. As bank after bank fell into crisis, governments rushed to stop the catastrophic spread of failures. In subsequent years, the cascading nature of the global financial crisis drew attention not just from financial regulators and politicians, but also from scientists who study network theory. By looking at the financial system through the lens of network science, researchers found ways to identify those players in the financial system that make the system most vulnerable to shocks.

“Basically, every transaction between financial actors adds to systemic risk of the total system—the risk that the whole financial system collapses,” says IIASA researcher Stefan Thurner. In a recent study, Thurner and colleague Sebastian Poledna showed that it was possible to quantify the amount of risk that each transaction adds to the system, and furthermore, that a small transaction tax based on this risk could de‑incentivize risky transactions and help stabilize the entire financial system.

One factor that allowed this major insight is the huge volume of data that is now available. “We’ve been thinking of these methods for maybe a decade now. Only recently fantastic data sets have become available, where you often have almost complete information about a whole system,” Thurner says. “With these data we can now show that our thoughts on systemic events, evolving systems, and evolutionary systems really do work. I think we have reached a new level of understanding and ability to model the dynamics of networks, of restructuring networks, and more recently, of dynamically restructuring multilayer networks.”

Thurner and colleagues have now also applied similar methods to other areas. For example, in one recent study, the researchers showed that shortages of minerals such as copper, aluminum, and mercury could lead to cascading shocks that could cause instabilities in the global trade system. In another project, the researchers are exploring how medical data could be used to improve the efficiency and efficacy of the healthcare system. Using these data across an entire country, the researchers have found how networks of symptoms and diagnoses can be used to estimate the chance that people will develop certain diseases in the future.

Thurner explains, “We start with trying to understand a problem, and then formulate it in mathematical ways that can be solved. Once we have developed such a new method, often involving dynamical networks, we use data to test our theories. If it works, we might provide novel solutions.”

Painting by numbers
Networks are ubiquitous in nature and society. Yet looking at a network from a different point of view can bring different insights. Matthias Wildemeersch, one of Thurner’s colleagues in the institute’s Advanced Systems Analysis Program (ASA) also studies networks, but from a different perspective, with different methods.

In one recent study, Wildemeersch built a model to explore opinion dynamics, or how ideas and opinions can spread through society—networks of people. The model examined how the way society thinks can be changed, for instance by artificially controlling or repeating messages. People perceive often‑repeated information as more important. The study determined how frequently a message needs to be repeated to lead to a change in majority opinion. It also showed that nodes in a network that stubbornly hold onto their opinion—which could represent media organizations or opinion makers—could actually provoke a polarization of opinions. While the study was theoretical in nature, such ideas could lend new insight to the study of social and political movements.

The big picture
In any given network, there are different rules, dynamics, and events that control how it works. Such controls can also be modeled using mathematical tools other than those specifically aimed at network analysis. ASA can be viewed as a network in its own right, bringing together mathematicians, economists, and physicists, to exchange and combine ideas and come up with new ways to solve problems. “Many of the problems we are interested in at IIASA require us to combine several formal methods. So you might start from the concept of a network and then apply other mathematical methods such as control, game theory, or optimization,” says Wildemeersch.

ASA Program Director Elena Rovenskaya explains that such disciplinary diversity creates the kind of environment that helps speed the ripening of new methods. “Real‑life systems are becoming more and more complex and dynamic. Today, in the 21st century, we are approaching or sometimes even hitting planetary boundaries. It turns out that the behavior of human‑made systems, as well as natural systems, actually becomes different and more complex, compared to what we are used to. Those models that worked well when systems were far away from planetary boundaries may not work anymore. We need new systems analysis approaches to help us analyze complex problems, accounting for nonlinearities and possible regime shifts. The methodological diversity of the ASA group and IIASA in general puts us at forefront of this endeavor.”