Q&A: We complement each other very well

Options Magazine Summer 2017: Tatyana Valovaya is a member of the board and minister in the areas of integration and macroeconomics for the Eurasian Economic Commission (EEC). 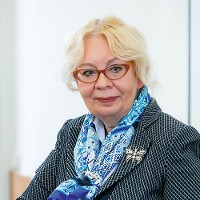 Q: What does the concept of “from Lisbon to Vladivostok,” which is being studied at IIASA, mean?

A: The concept of a common space “from Lisbon to Vladivostok” potentially encompasses the EU, the Eurasian Economic Union, as well as a number of states in this territory that are not part of any of those unions. We perceive it not as a supranational organization, but rather as an economic space, in which economic relations between the players are defined jointly, taking into account each other’s economic interests.

Q: As you know, the relationship between the EU and Russia is going through some rough times. What is the probability for creating a common economic space from Lisbon to Vladivostok?

A: The idea of this common economic space is quite old, already more than a decade. In the 2000s, the EU and the Russian Federation actually move quite close to the implementation of this idea. Nearly two dozen sectoral dialogues were launched: on technical regulation, macroeconomics, industry, competition, and so on. However, they unfortunately came to a halt.

Since there is no direct dialogue between the two commissions at the moment, the work carried out by IIASA is very important. It is necessary to move away from existing political problems and to explore the benefits of a common economic space at a professional level, and to identify the most promising and effective areas of cooperation.

Q: And what are the advantages of creating this common space?

Energy is a good example. Traditionally the EAEU countries are energy suppliers to Europe (gas and oil from Russia and Kazakhstan, petroleum products from Belarus). A stable energy supply is the interest of the EU.

It is not just these traditional resources. We can conduct joint research, create large integrated production chains, and together go to markets of third countries, including the Asia-Pacific market, in which we are all very interested. To move the conversation on this topic forward, one ought to begin with the specific topics that business is interested in:
technical regulation, standardization, logistics, transport, energy, and cooperation in industry.

Q: In November last year we saw the completion of the pilot phase of the IIASA research project Challenges and Opportunities for Economic Integration within the Wider European and Eurasian Space. What are your thoughts on the next steps in this project?

A: IIASA is a unique organization, the only one currently exploring the opportunities and benefits from creating a common economic space between the EU and the EAEU. This
project could bring specific proposals on where to start: whether in transport, technical regulation, energy, or something else.

I believe that the EU-EAEU economic cooperation should not be only about free trade in goods. We need to think bigger! We also need to consider services, technical regulations, and
investment. Such a tight relationship will indeed lead to a very different quality of economic cooperation in our common space.

A new vision of Trans-Eurasian transportation