Where are they now: Sabine Fuss

Options Summer 2019: Sabine Fuss was a participant of the Young Scientist Summer Program (YSSP) at IIASA in 2006. She currently leads a working group on Sustainable Resource Management and Global Change at Mercator Research Institute. 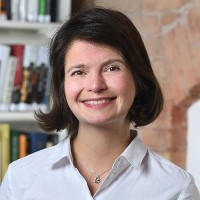 Sabine Fuss’ professional journey started as a participant of the Young Scientists Summer Program (YSSP) at IIASA in 2006. She returned to the institute as a researcher in 2007. “This was the first time I was exposed to systems analysis and systems thinking, and it scientifically shaped me and my future work,” she says.

Fuss currently leads a working group on Sustainable Resource Management and Global Change at Mercator Research Institute on Global Commons and Climate Change, while also inspiring the next generation of scientists as a professor at Humboldt University.

During the YSSP, she was able to develop her international network for the first time, and as a researcher, Fuss led research on economic methods to deal with uncertainty and risk in the Ecosystems Services and Management (ESM) Program.

While working on the IPCC Special Report on Global Warming of 1.5°C between 2016 and 2018, it was remarkable how often she met IIASA colleagues, and it emphasized how vast this network is. As a lead author of the chapter on Strengthening and Implementing the Global Response, she reconnected and collaborated with several IIASA colleagues, which also helped connect different chapters in the report. Her contribution to the report focused on the necessity of large removals of CO2 in order to limit the global temperature rise to 1.5°C.

Fuss stays connected to IIASA as a guest researcher in the ESM Program, and member of the IIASA National Member Organization for Germany. In this way, she continues to be part of the institute, although it is in a different role.

“At IIASA, you build a network for life, you develop ideas and connections, and that stays with you when you move on,” states Fuss. Her advice to researchers at all levels is to: “Be courageous!”