A study published online by the journal Science, looked into why the global commitment towards the expansion of protected areas has not delivered the expected conservation benefits. The researchers propose a new target and a set of indicators that can galvanize global conservation efforts and lead to positive biodiversity outcomes. 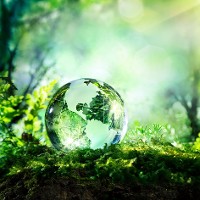 In 2010, parties to the Convention on Biological Diversity (CBD) committed themselves to the CBD Strategic Plan for Biodiversity 2011-2020 and its 20 Aichi Biodiversity Targets. By adopting the plan and its accompanying targets, the signatories promised to limit biodiversity loss by protecting natural habitats and expanding protected areas to 17% of the world’s land and 10% of the oceans by 2020.

Although substantial advances were made in terms of expanding the number and size of protected areas globally, biodiversity continues to decline both within and outside these areas. In addition, the placement and resourcing of the majority of protected areas have been poor, with many new protected areas being established in locations, which are often unimportant for biodiversity or not immediately threatened, and therefore have little conservation value. This trend also extends to the oceans.

The study, which was published online by the journal Science on Thursday, 11 April 2019, looked into why the global commitment towards the expansion of protected areas has not delivered the expected conservation benefits, and what a new proposal to address the issues with the previous target should look like.

The findings point to several major issues with Aichi Target 11, which has a particular focus on protected areas. These include the use of percentage area targets that focus on the quantity rather than the quality of what is being protected, and the use of proxy measures for effective conservation to ensure that protected areas deliver positive outcomes, rather than embedding conservation outcomes in the target and indicators directly. It also has a narrow focus on habitat representation as a proxy for the representation of all biodiversity, a surrogacy that, according to the researchers, is not supported by evidence and has resulted in large gaps in species conservation. In addition, the current protected area target is not easily scalable from the global to the national and sub-national level and this has caused the sum of the national protected area networks to result in an inadequate, poorly connected, and ineffective global network of protected areas.

“We propose a new target based on biodiversity outcomes rather than inputs or outputs that addresses all these issues, namely: The value of all sites of global significance for biodiversity including key biodiversity areas is documented, retained and restored through protected areas and other effective area-based conservation measures,” explains Piero Visconti, now an IIASA researcher and lead author of the study.

The new target calls for systematic monitoring across all global sites of biodiversity significance such as the Key Biodiversity Areas, to determine whether prevailing management practices are effective in retaining or restoring an area’s biodiversity value. The team suggests employing methods like remote sensing techniques to assess issues like deforestation and evaluate impacts on and threats to species. This approach can be complemented with systematic on-site monitoring approaches that can be applied across large networks of sites using available databases and historical data to establish baseline trends. In this way, the proposed target links area-based conservation measures with the biodiversity status and trends that they are meant to maintain and improve. According to the researchers, this will allow countries to act locally by setting national and regional targets while framing their actions within a global biodiversity agenda.

“Protected areas are the cornerstone of biodiversity conservation – they work if they are appropriately located and managed. For this to happen, we require targets that measure the biodiversity status and trends within protected areas, rather than targets that merely measure the extent of these areas. We have suggested a target and set of indicators that can galvanize greater, more efficient, and more effective conservation efforts for nature and for ourselves,” Visconti concludes.

The signatory nations to the UN Convention on Biological Diversity will establish a new Strategic Plan 2021-2030 at the 15th conference of the parties of the Convention, to be held in Beijing, China in October 2020. They are currently seeking input from scientists and stakeholders on the draft strategic plan. This paper provides clear guidance on what the next target for protected areas should be in order to maintain or restore biodiversity in a good conservation status by 2030.