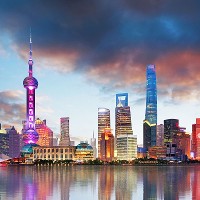 Air pollution is a global problem that causes serious economic and environmental impacts, as well as 5.5-7 million premature deaths each year. China in particular has been plagued by severe air pollution due its rapid economic and industrial development over the last few decades. The Chinese government has recognized these environmental challenges and has issued ambitious air quality management action plans to rapidly reduce emissions from the most obvious sources. As part of their mitigation strategy, the Chinese government has decided to adapt and use the IIASA Greenhouse Gases – Air Pollution Interactions and
Synergies
(GAINS) model, which will enable a more refined approach that considers the cost-effectiveness of available policy measures.

While there is a long-standing tradition of cooperation between Chinese scientific institutions and IIASA on the topic of air quality management, the institute recently partnered with the World Bank to further strengthen the bridge to policymaking. The World Bank has been supporting the development of scientific and analytical capacities to enhance the economic effectiveness of air quality management in China following successful international examples. In this regard, the IIASA GAINS model was adapted to the Jing-Jin-Ji region in China and the software has been installed at the Chinese Research Academy for Environmental Sciences in Beijing to facilitate policy analyses by the Chinese authorities.

During a visit by a delegation of 18 Chinese policymakers to IIASA earlier this year, Haolong Zhang, director of the Regional Coordination Division of Air Department in the Chinese Ministry of Ecology and the Environment remarked that air quality management in China has entered a critical stage. 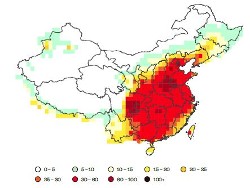 “The Chinese government has recognized the importance of scientifically dealing with air pollution in the country. The main objective of our visit to IIASA was to deepen our knowledge in terms of using the GAINS model and to engage in an in-depth and thorough exchange with researchers at the institute, as well as with policymakers from other European countries, not only in terms of using the model for a more scientific approach to air quality management in the Jing-Jin-Ji region, but also about perhaps extending its use to some other Chinese regions and projects in the long run,” he explained.

As an additional push towards better and more scientific air quality management in China, IIASA has since also enhanced its collaborative partnerships with important scientific institutions that are active in the field in China.

“Air pollution remains the biggest global environmental risk factor for human health. We have learned that interactions between policymakers and scientists are crucial, and that these must happen in a structured way. Collaborations like these are essential for the future success of policies that relate to better air quality management practices,” concludes Air Quality and Greenhouse Gases Program Director Markus Amann.