People at the heart of climate change

Options Winter 2021: Human activity is the main cause of climate change. It is also people who endure the worst of its impacts. It is a matter of utmost urgency that people are part of the solution. 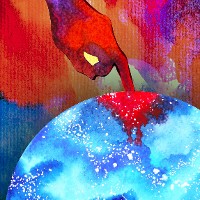 Research shows that more than 24 million people on
average have had to leave their homes due to climate and weather-related events every year since 2008, and if such events keep increasing in frequency and severity, indications are that rates of movement will also increase. However, not everyone can afford to move and there is a risk that disadvantaged communities in affected regions will find themselves caught in a “mobility trap”. Climate change is in fact already disproportionately affecting the world’s most vulnerable populations, exacerbating existing health threats, and creating new public health challenges. The effects of climate change will not only compound and magnify existing inequalities, but its effects will increase in severity over time, affecting current and future generations. 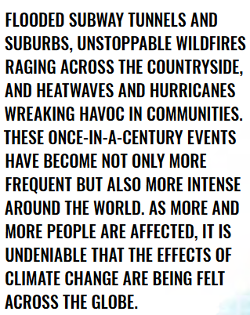 Some argue that an important response to climate impacts is simply moving away from affected areas. However, this presents multiple challenges – both for the people moving and for the communities where they end up. Add to this the fact that there seems to be little policy planning for potential displacement and population movements and that impacts are mostly only dealt with after they happen — mainly by overstretched local governments and charities — it seems that a perfect storm is brewing.

IIASA researchers have long been studying the intricate links between climate change and people. Systems science is particularly well suited to explore issues in this regard, as climate impacts can potentially affect population size, composition, and where people ive, while such changing demographics can in turn influence global climate systems, as human activities contribute to and drive climate change.

The Population Dynamics under Global Climate Change (POPCLIMA) Project funded by a European Research Council Consolidator Grant and led by IIASA Population and Just Societies Program Director Raya Muttarak, for instance, aims to unpack these complexities using a combination of geo-referenced climate, population, and socioeconomic data from a variety of sources, including surveys and social media at the individual, regional, and country levels.

“Looking at how the changing climate impacts different subgroups of populations and identifying the ways in which health, mortality, fertility, and migration patterns are influenced, enables more realistic population projections that account for the impacts of climate change on demographic processes. This could in turn help to design policies that target vulnerable population subgroups," Muttarak explains.

IIASA research has shown the importance of planning ahead to reduce displacement risk and preparing to help displaced people. A study published in the journal Science, shows how risk science can provide actionable insight into key aspects of displacement from the probability of a disaster occurring, all the way to its socioeconomic impacts and costs using upgraded displacement data. Innovative modeling can also help to address the drivers of displacement and migration through new agent-based models representing how people respond to calamities.

“Advanced disaster and climate modeling is enabling increasingly realistic assessments of risk. Knowing the likely human and financial burdens of displacement, for instance, can inform judgements on how to reduce vulnerability, such as through better early warning and contingency planning,” says Stefan Hochrainer-Stigler, a senior researcher at IIASA.

“Changing vulnerability and exposure are major factors in future climate-related displacement risk and recent modeling suggests that each degree of global warming may lead to a roughly 50% increase in the number of people displaced if no further action is taken. Much of this displacement will happen in vulnerable communities. IIASA is working with key players in the humanitarian sector, like the Red Cross and Red Crescent movement, to guide people-centered action for avoiding and better managing displacement,” adds IIASA researcher Reinhard Mechler, who leads the IIASA Systemic Risk and Resilience Research Group.

PUT PEOPLE AT THE CENTER OF SOLUTIONS

The Earth Commission, an international group comprising renowned scientists from around the world, has outlined a challenging and fundamental core framework for a "safe and just” future for people and our planet. Put simply, ‘safe’ means not transgressing the limits of the planet’s systems, while ‘just’ implies a fair sharing of risk, responsibilities, and resources for everyone that is also in line with the aims of the UN Sustainable Development Goals (SDGs). The aim is for this framework to help quantify the conditions for the planet’s systems to avoid dangerous tipping points.

“People are central to the limits we face and the targets we hope to achieve. Our decisions are driving global change and determining our future. IIASA is supporting the Earth Commission through assessment and modeling of the safe and just development pathways for people and the planet by integrating complex interlinkages and feedbacks among Earth and human systems,” explains IIASA Emeritus Research Scholar Nebojsa Nakicenovic, who co-leads one of the commission’s working groups.

The fight against catastrophic climate change is arguably one of the most pressing challenges we are facing. To keep global warming below 1.5°C, greenhouse gas emissions should reach their peak as soon as possible and the whole world should become climate neutral by 2050. Achieving this goal will require, among other things, a full transformation of the energy sector.

Access to reliable and affordable energy services plays a crucial role in both developed and developing societies – it is integral to all sectors from medicine and education, to agriculture, infrastructure, communications, and digital-technology. Unfortunately, the burning of fossil fuels to feed our insatiable need for energy also happens to be responsible for two thirds of global greenhouse gas emissions. The urgent need to transform the energy sector to reduce its contribution to climate change is clear.

One of the advisors’ key recommendations was that a sustainable and fair transition to a climate-neutral energy system requires not only innovative technologies, but also a people-centric approach that actively involves all participants in the energy environment.

SDG7 aims to ensure access to affordable, reliable, sustainable, and modern energy for all. This goal has strong interlinkages with all other SDGs, which highlights that decisive action on sustainable energy can catalyze progress towards all the goals, including global climate protection targets. In a recent study, IIASA researchers analyzed how access to energy services may evolve over time under different scenarios of socioeconomic growth and policy scenarios that meet climate mitigation goals.

“We wanted to determine how access to energy services across households differs under different scenarios, which energy services are prioritized by households, and how climate policy scenarios may affect those choices,” explains study lead author and IIASA researcher Miguel Poblete-Cazenave.

he researchers found that scenarios where ambitious climate targets are achieved do not significantly alter access to energy services in, for instance, the Global South, as households in this region suffer from heavier affordability constraints, regardless of the effects of climate policies.

“Our results confirm that achieving climate goals is not at odds with achieving universal access to modern electricity services for populations in regions that currently lack access, but vast inequalities in electricity use will persist,” notes Transformative Institutional and Social Solutions Research Group Leader, Shonali Pachauri, a study coauthor.

In a separate study, IIASA authors also showed that the amount of energy needed for decent living worldwide is less than half of the total final energy demand projected under most future pathways that keep global warming below 1.5°C.

“For most countries, especially poor countries in Africa, unprecedented growth in energy use, as well as more equitably distributed growth are essential to achieving decent living standards before mid-century,” says Jarmo Kikstra, lead author of the study. “Therefore, the biggest challenge for policymakers will be to achieve an equitable distribution of energy access worldwide, which is currently still out of reach.”

THE FUTURE IS IN OUR HANDS

We can still do something about climate change, but we are running out of time. With every passing year of inaction, the emissions cuts needed to limit global warming to relatively safe levels grow steeper and steeper. It is up to us. We need to secure a climate neutral future that ensures that the most vulnerable among us are shielded, and the most deprived are assured equitable access to the services many enjoy.

Assessing the impacts of global climate change on population trends