IIASA researchers on the Reuters Hot List of climate scientists

No less than nine IIASA researchers have made it onto the Reuters Hot List – the media giant’s ranking of the world’s most influential climate scientists – with IIASA Energy, Climate, and Environment Program Director, Keywan Riahi, claiming the top spot. 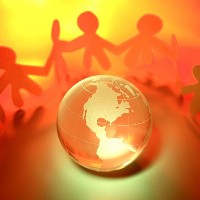 The Reuters Hot List of climate scientists identifies the world’s 1,000 most influential scientists, using a combination of three rankings. These are based on the number of papers a scientist has published on topics related to climate change; how often those papers are cited by other scientists in similar fields of study; and how often those papers are referenced on other channels including the lay press, social media, and policy papers.

Topping the list in the number one position is IIASA Energy, Climate, and Environment Program Director, Keywan Riahi, followed by Integrated Biosphere Futures Research Group Leader, Petr Havlik in position number six. The other IIASA researchers on the list are:

Riahi credits his position on the ranking to the institute’s openness when it comes to sharing data and models with other scientists, saying that this creates long-standing collaborations and helps to share innovative approaches and techniques that are important for the global scientific community.

“Unlike other institutions, the work is not complete at IIASA when the research is done. For us it is important that our knowledge is shared and made accessible to other researchers, particularly those in countries where IIASA have National Member Organizations,” he says.

“Our aim is to be at the interface between science and policy, where real world problems are driving the research and not the other way round. These novel Reuters metrics confirm that our work is being read and contributing to the climate debate beyond academia,” adds Havlik.

IIASA is extremely proud that its researchers are among those represented on the list by Reuters and sees this as confirmation that the institute’s work is contributing to addressing the global threat posed by climate change. Congratulations to all of you!

For further information and an explanation of the methodology used in compiling the Reuters Hot List, please visit: https://reut.rs/3guoGj2

Check out who from the IIASA Network also made the list.