Bringing the impact of nutrient imbalance to global attention

Through combining their expertise, four European Research Council (ERC) grantees have awoken the scientific community to what nutrient imbalances could mean for our planet, and for our species. Their findings could lead the world towards more accurate climate modeling, more equitable policymaking, and more sustainable food production. 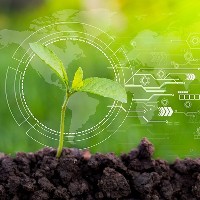 Carbon, phosphorus, and nitrogen are three elements essential for life on Earth. Phosphorus, for example, is present in our DNA structure, cell membranes and bones, and is the key ingredient in many fertilisers. But while the availability of carbon and nitrogen is rapidly increasing in most parts of the world, phosphorus – a finite resource – is not.

This mineral imbalance has implications for climate change and biodiversity, as well as for geopolitics and food security.

The sheer scope of this challenge led to an interdisciplinary ERC Synergy project, which brought together four leading researchers specialising in ecosystem diversity, biogeochemistry, Earth modeling and resource economics.

‘The breadth of results we achieved would never have been possible without this collaboration,’ says Josep Peñuelas from the Global Ecology Unit CREAF-CSIC in Spain. ‘Scientists tend to work only in the field in which they are experts in. But this Synergy grant enabled us to learn a lot from each other. This is how breakthrough science is achieved.’

Even before the ERC grant, Ivan Janssens, Professor of Biology at the University of Antwerp, Belgium, had been working with Peñuelas on issues related to nitrogen and phosphorus.

‘We felt however that we needed to tap into the global, societal relevance of this issue,’ he explains. ‘This is where Michael Obersteiner came in.’ Obersteiner, an expert in climate, energy and land-use, is the Director of the Environmental Change Institute in Oxford, UK, and a senior research scholar at the International Institute for Applied Systems Analysis (IIASA), Austria. To complete the project team, Earth systems modeller Philippe Ciais from the Institut Pierre Simon Laplace in France was added. ‘I think he found our project proposal just too exciting,’ adds Janssens.

Together, these four researchers set out to map and model the impact of nutrient imbalance on ecosystems, economies, and biological diversity. Their studies covered various locations and different types of ecosystems.

They gathered data at both microbial level, to understand the impact of nutrient imbalances on soil, and at ecosystem level, where the impact on tree growth and biodiversity were measured.

‘From the climate perspective, we saw that nutrient imbalance has been a neglected driver of global climate change,’ says Peñuelas. ‘This is because it has the potential to impact the capacity of vegetation to absorb CO2.’ This understanding could have significant consequences in our attempts to reduce the amount of carbon in the atmosphere and may require climate models to be revised.

The researchers also examined the impact of resource scarcity on global governance and agriculture. When the project began, many commodity prices, including phosphorus, were rocketing.

‘A key issue that surfaced was: how can we feed the world and get enough fertiliser to places where it is needed?,’ says Obersteiner. Leading on from this, they investigated new sustainable food and feed sources, such as algae.

A measure of the success of these four scientists has been the impact of their research on the global scientific and policymaking community. Over 500 papers have been published, and the issue of nutrient imbalance is now firmly on the global agenda. Results have influenced European Commission policy impact assessments, been featured by the World Wildlife Fund, and supported negotiation platforms under the United Nations Convention on Biological Diversity (UNCBD).

‘The inclusion of the nutrient dimension in climate modeling is especially important for countries with a lot of vegetation, like Russia or Brazil,’ says Obersteiner. ‘We have demonstrated that this is feasible to do.’

On land management, the team confirmed the need for the more targeted use of phosphorous globally, and for the sourcing of food and feed from more sustainable sources such as algae. They have even published papers on the health impacts of over-fertilisation, with a focus on nitrogen fertilisation and coeliac disease. ‘Ultimately, this project has opened up many more questions,’ adds Obersteiner.

Josep Peñuelas is an internationally recognised ecologist and Professor at the National Research Council of Spain. He is the Director of the CREAF-CSIC-UAB Global Ecology Unit, part of CREAF- Universitat Autònoma de Barcelona.

Ivan Janssens is a biogeochemist and Professor at the University of Antwerp, Belgium. A climate specialist, Janssens is also Coordinator of the Center of Excellence: Global Change Ecology.

Michael Obersteiner is Director of the Environmental Change Institute, part of the University of Oxford, UK, and a senior research scholar at the International Institute for Applied Systems Analysis (IIASA), Austria. He is a specialist in biophysical modeling in the areas of ecosystems, forestry, and agriculture.

Together, the four scientists were awarded an ERC Synergy grant in 2013.

This article was originally published on the European Research Council website. Read the original article here.