The way in which banks react to climate risks and uncertainty could impact financial stability as well as the world’s transition to a low-carbon economy. A new study by researchers from IIASA and the Vienna University of Economics and Business explored the role that banks’ expectations about climate-related risks will play in fostering or hindering an orderly low-carbon transition. 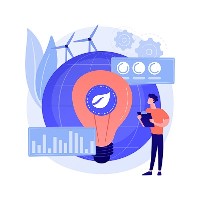 According to the study published in a special issue on climate risks and financial stability of the Journal of Financial Stability, banks and their expectations about climate-related risks – and especially climate transition risk stemming from a disorderly introduction of climate policies – play an important role in the successful transition to a low-carbon economy, as lower credit costs could make green (low-carbon) investments more competitive, allowing such investments to be made at scale. Depending on the timing and structure of implementation, climate policies could however also lead to a reduced profitability of brown (carbon intensive) firms, in turn leading to unanticipated loan defaults by such companies. This could pose a credit-risk for banks and investors, potentially threatening financial stability and leading to a credit crunch that would also affect green firms negatively, thus putting the success of an orderly low-carbon transition at risk.

The authors explain that they set out to assess the role of banks’ expectations about climate-related risks – climate sentiments – in fostering or hindering the low-carbon transition.

“We wanted to determine under which conditions a carbon tax or green supporting factor can foster green loans and investments in the economy, and also to identify the conditions that would be conducive for the onset of credit market instability, focusing on loan contracts. In addition, we wanted to see what role – if any – the climate sentiments of the banking sector may play in fostering or hindering the expected effect of climate policies on the green economy and financial stability,” says IIASA researcher and study author Asjad Naqvi.

In order to analyze the macro-financial implications and feedback effects of climate fiscal and macro-prudential policies, the researchers developed a Stock-Flow Consistent model that adopts a forward-looking approach to the pricing of climate risks in banks' lending contracts and credit risk born by firms. With this newly developed model and its innovative characteristics, the researchers assessed the transmission channels of two main policies and regulations, namely a carbon tax and a green supporting factor on the credit market and on macroeconomic performance and stability.

“A carbon tax would put a tax on carbon-intense production thus making low-carbon production and investment in such production facilities more attractive. However, to prevent unintended effects, the introduction of a carbon tax should be complemented with distributive welfare measures. A green supporting factor on the other hand, would lower the capital requirements for loans that banks give out for green investments, thus making green lending for banks more attractive and potentially resulting in better credit conditions for green investment projects,” explains study author Irene Monasterolo, a researcher at the Vienna University of Economics and Business. 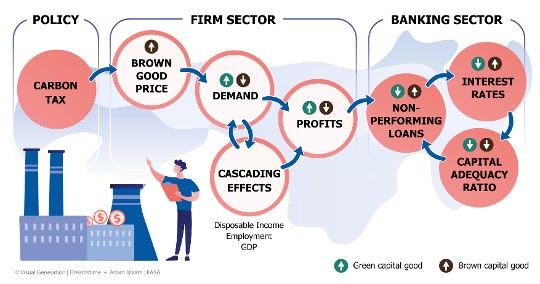 According to the authors, the effects of banks’ climate sentiments demonstrate the important role of timely and credible climate policy strategies to signal the market and allow an orderly low-carbon transition. Their work could help financial regulators and Central Banks to identify financial instability implications of credit risk, and for banks, to manage their loans portfolio in the face of climate transition shocks, thus avoiding the risk of losses driven by non-performing loans.

“Climate sentiments could play a defining role in fostering an orderly low-carbon transition. Policy credibility is crucial to building trust in the banking sector, which in turn determines successful policy implementation and minimize the negative impacts on economic and financial instability via its lending conditions. A single policy might not be enough to trigger the low-carbon transition at the pace needed. In this regard, the conditions for synergies between different climate policies and green investment policies such as the so-called European Green Deal should be further analyzed,” concludes study author and IIASA researcher Nepomuk Dunz. 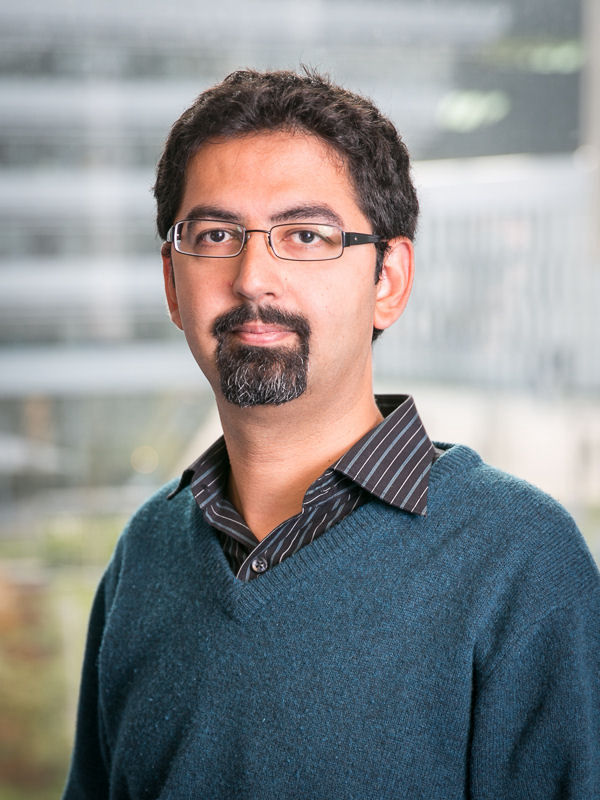