Why we must avoid temperature overshoot 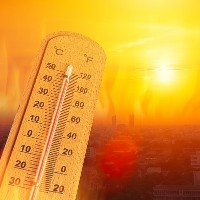 The Paris Agreement’s goal is to hold global warming to well below 2°C, and pursue efforts to limit it to 1.5°C. But what path should the world take to reach this desirable destination? The study just published in Nature Climate Change led by IIASA Energy, Climate, and Environment Program Director, Keywan Riahi provides some answers. The study summarizes insights from nine leading integrated assessment research teams exploring how to design cost-effective and feasible pathways to meet the Paris goals.

Scientists use integrated assessment models to explore options for climate policy. These look at the human activities driving emissions – forms of energy generation, efficiency measures, and changes in land use – and calculate the costs of deploying them over coming decades. Models adjust these factors to meet a given goal for the lowest cost.

So far, most studies have focused on the distant future, requiring only that the Paris goals are achieved by the end of the 21st century. Consequently, almost all of the resulting scenarios allow global temperature to overshoot in mid-century, only later turning the dial back down again. In order to reverse the overshoot, they make a heavy demand: requiring the world to achieve net-negative emissions to reduce the amount of carbon dioxide in the atmosphere and thereby decrease the temperature level.

Negative emissions on such a huge scale may however turn out not to be feasible; and even a temporary overshoot would increase hazards such as flooding and wildfires, and could cause permanent damage to the climate and fragile ecosystems. It would be much better not to stray into such dangerous territory.

“The study for the first time systematically compares scenarios that avoid overshoot across models. Rapid emissions cuts in the next few decades would mean that there is no need to go net-negative: instead, global temperatures would plateau at a given level around the time we reach net-zero emissions. We also found that models agree on many implications for regional energy systems like the rapid decarbonization of the power sector,” says Christoph Bertram, a study coauthor from the Potsdam Institute for Climate Impact Research.

As well as being safer for the planet, this turns out to have long-term economic benefits. The study projects that global GDP in 2100 would be up to 2% higher in scenarios that avoid overshoot.

“We show that up-front investment to achieve rapid transformations towards a global net-zero system will pay off in the long term,” says Riahi.

“In fact, the benefit is likely to be greater still, as this calculation does not include the economic impacts of climate change, which would be more severe in overshoot scenarios,” adds coauthor Laurent Drouet from the Euro-Mediterranean Center on Climate Change (CMCC) in Italy who led another paper in the same issue of Nature Climate Change, illustrating the benefits in terms of the avoided climate change impacts.

"Scenario results show consistently across models that the transportation sector will be the decarbonization laggard. Consequently, a ‘mobility revolution’ will be crucial to reducing dependence on net-negative-emissions technologies and to mitigate their risks and negative societal impacts,” notes coauthor Daniel Huppmann, a researcher in the IIASA Integrated Assessment and Climate Change Research Group.

The study by Riahi and colleagues also highlights the urgent need to improve climate ambition. It shows that if we follow existing Nationally Determined Contributions (NDCs – each country’s stated aim for emissions to 2030), the 1.5°C threshold will be exceeded, in contrast to the stated ambition at the recent climate conference (COP26) in Glasgow. Following current pledges until 2030 imply a slow start to mitigation efforts, and the models simply cannot see a way to ramp up decarbonization fast enough after that to reach the Paris goals, no matter how hard we try.

The study is part of the Exploring National and Global Actions to reduce Greenhouse gas Emissions (ENGAGE) project funded by the European Union’s Horizon 2020 research and innovation program Grant No 821471.